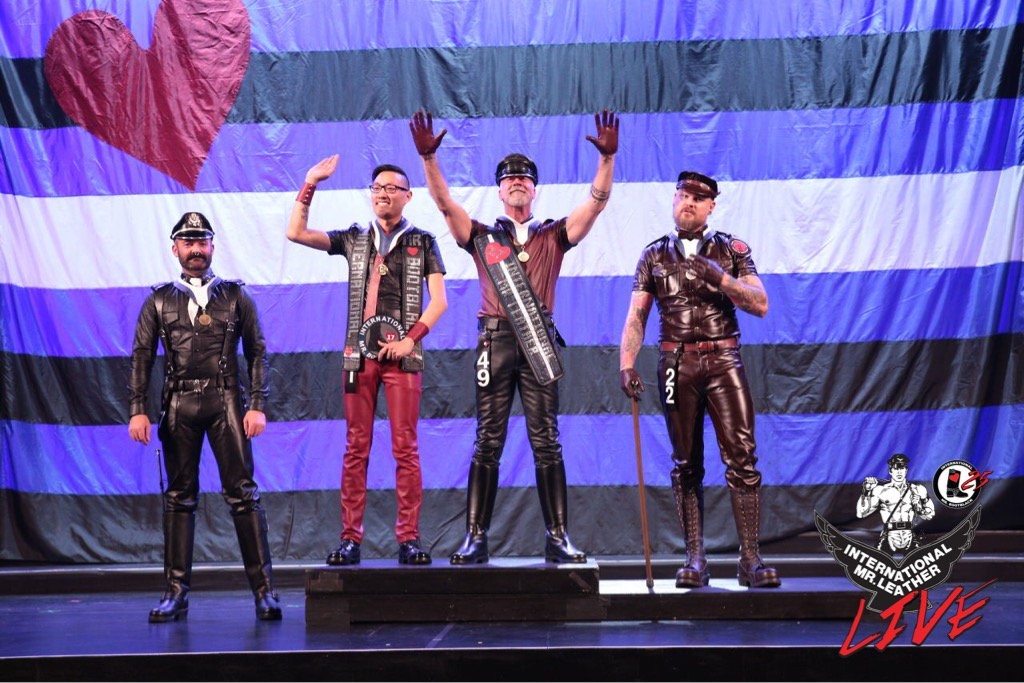 Over 2,000 leather enthusiasts packed the Auditorium Theatre for the annual competition where Bruneau became the 39th person to claim the coveted leather title.

For the first time, a married couple both hold the IMBB title. Garner's husband was IMBB 2015.

Sunday's competition also marked the first time in 39 years that co-founder and executive producer Chuck Renslow was not in attendance. Renslow watched from home via Skype as Joe Cervantes spoke on his behalf.

Rich Storer received a standing ovation as he gave his last speech as executive director of the Leather Archives & Museum. Storer resigned on May 22 after 15 years with the organization.

IML draws nearly 20,000 visitors to downtown Chicago every Memorial Day weekend, according to organizers. IML is estimated to bring in over 15 million tourist dollars to the city.