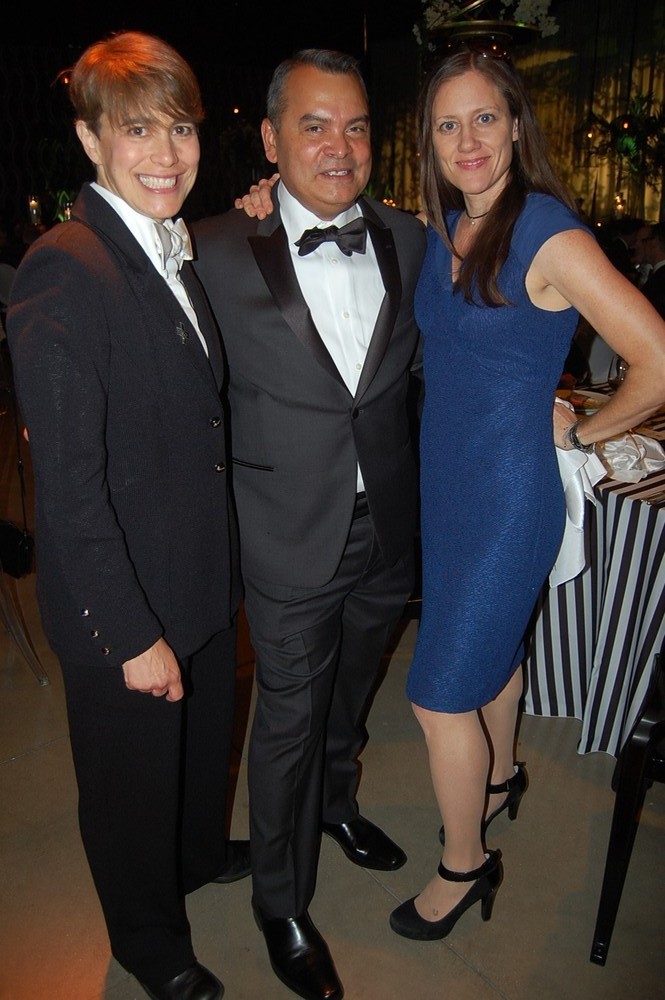 Modesto Tico Valle: 'We will continue to fight until all of us are human first.'

Chicago, IL - Equality and advancement for the LGBT community was the main message at the Center on Halsted's Human First Gala on Saturday, May 20, at The Geraghty, 2520 S. Hoyne Ave.

"I want to thank the gay and lesbian community for reminding us what our values are," said Chicago Mayor Rahm Emanuel.

Each year Human First recognizes the contributions of individuals, businesses and other organizations to the lesbian, gay, bisexual, transgender and queer community in Chicago. This year Center on Halsted honored Fred Eychaner, chairman of Newsweb Corporation and President of Alphawood Foundation.

"Wherever there are people and causes in need, that's where you'll find Fred. Helping out in his kind, gentle, understated way," said Obama in a video statement. "Fred congratulations on this honor and thank you for all you've done to help make this world a brighter and better place."

In accepting his award, Eychaner spoke on his past activism and focused on the current political battles, including healthcare and LGBT rights.

"Like America, our LGBT community is strongest when we're united," he said.

The 65,000 square-foot community center opened at 3656 N. Halsted in 2007. According to Center on Halsted CEO Modesto Tico Valle about 3.5 million people have walked through the Center's doors since opening.

"We will continue to fight until all of us are human first," Valle promised the enthusiastic crowd.