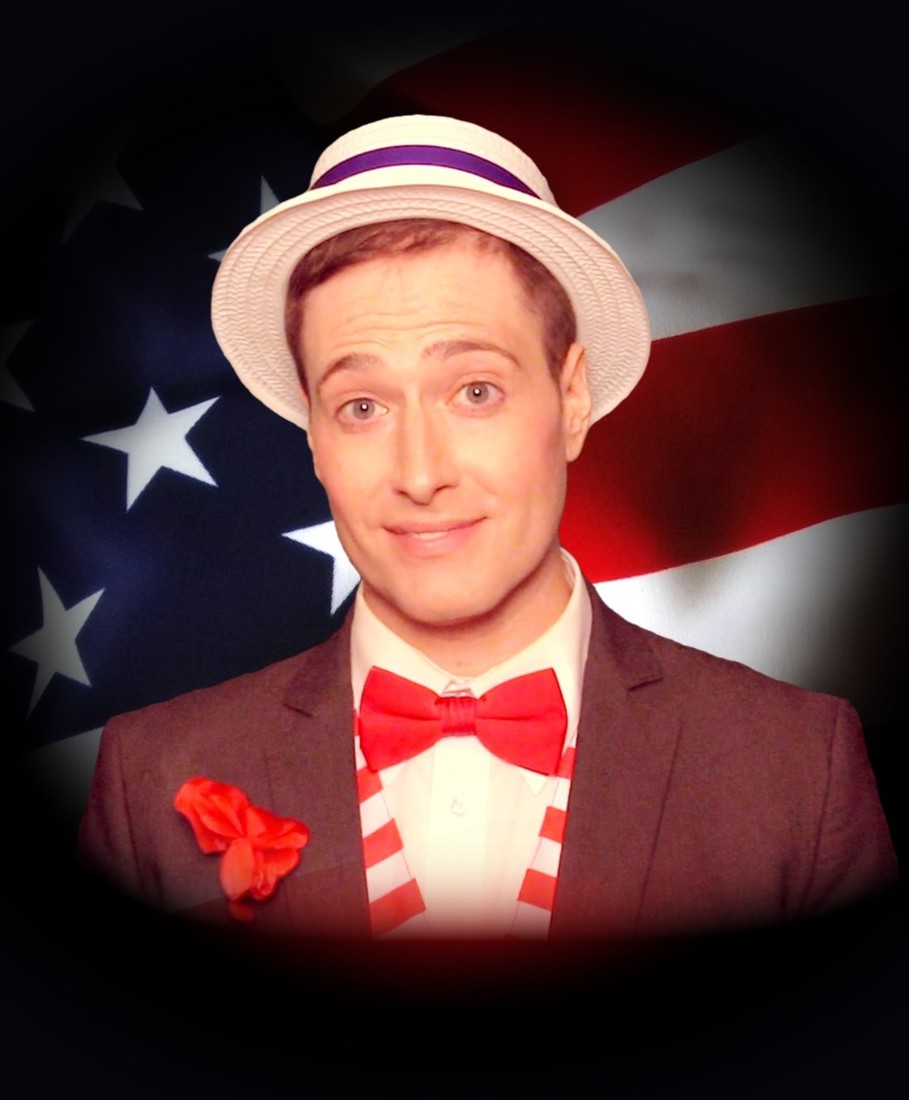 Randy Rainbow needs to ship a super-sized box of exquisite chocolate to President Trump, followed by a dozen or two red roses to Kellyanne Conway.

Trump and Conway have helped vault a huge Rainbow in the sky.

Rainbow, the video producer, has made magic, with countless laughs, thanks to "interviews" he's conducted of late with Trump and Conway, among others.

"I do have a mixed feeling about you-know-who because he has given me so much amazing material," Rainbow said during a mid-May phone interview while in New York City. "Maybe I should say country before my career, but it has been quite incredible, (thanks to Trump). You can't make this shit up."

Same for Conway, she of "alternative facts."

"They are my favorite comedy duo right now; I love both of them," Rainbow said, laughing. "I think Kellyanne Conway has given me some of my greatest hits. Every time she opens her mouth, it's really another pearl for parody. I really cannot believe she's not more careful about the things she says.

"It really sounds like SNL (Saturday Night Live) is writing for her every time she appears anywhere. I like her; I love her."

Rainbow has delivered some brilliant videos over the year or so, anchored by their antics and comments, and his creative editing.

Rainbow (yes, that's his real name) is a comedian, actor, writer, host and Internet sensation, known for his viral comedy videos. His popular series of political spoofs and song parodies have garnered international acclaim and more than 100 million views.

Dan Savage tagged Rainbow as, "the best thing about the 2016 GOP race." And Rainbow's musical tribute to the first presidential debate of 2016 featured a witty song, "BRAGGADOCIOUS!" which received 28 million views in its first two days.

He was subsequently asked by the cast of TV's Will & Grace to parodize a song which they performed during a political fundraiser for the 2016 election.

Rainbow also has written for comedian Kathy Griffin and hosted and performed in numerous theatrical events for The Broadway, cabaret and gay communities, as well as for the Tony Awards and some of New York City's most popular night spots, including 54 Below, Birdland Jazz Club, XL Nightclub and Therapy NYC where his own weekly show ran for two years.

Rainbow has not received a reply, comment or feedback from anyone associated with Trump or the White House, he said, not that he was expecting one ...though he certainly wouldn't mind a quick tweet from Trump to help push views on his videos.

Before the election, Rainbow heard that, in Hillary Clinton's camp, they were big fans of his videos, he said. But he never heard directly from the presidential candidate herself.

So, Randy, as a comedian, what were you thinking when you heard Conway utter those two oh-so-memorable words: Alternative Facts?

"I almost swallowed my tongue, like the rest of America. I couldn't believe it, and if you watch the rest of that (interview), she couldn't even believe the words coming out of her mouth," Rainbow said. "Looking at the expression on her face, she doesn't even believe the bullshit coming out of her mouth ...and that's one of the reasons I love her."

It was a video gem that has been watched, watched and re-watched, thanks to YouTube.

"I watched that debate dozens of times, and had time-stamps on all of the quotes I wanted to use," he said. "When he said braggadocious, I immediately thought of supercalifragilisticexpialidocious."

It took him about an hour to write the lyrics, and it was an all-night production session to complete.

"It's awesome, beyond my wildest dreams to reach so many people (via Braggadocious)," said Rainbow, who has been producing videos for about seven years. "To see the numbers, the amount of views, it's amazing, wonderful to know that my work is paying off.

"To know that I can, maybe, bring some comfort and joy to people in a scary time, that makes it even better."

Rainbow said his videos are, well, all him, just from him ...and his cat. He doesn't have a writing partner, a director, an editor, nor even anyone to bounce ideas off. It's just Rainbow in his apartment perfecting videos from start to finish. "It's a little nerve-wracking, a little scary to just put something out there without running it by anyone," he admitted. "But I just trust my comedic instincts."

Randy has never been to Milwaukee and, when we spoke, he wasn't sure of his itinerary for PrideFest. "I'm sure I'll be able to do a song or two every night," he said.

Fun Milwaukee Quote: "Hopefully I'll be able to get a little drunk, have fun, and make out with someone."

His favorite Show Tune: "That is so difficult (to name), so hard (to pick) ...Let's go with, No One Is Alone from Into The Woods."

Rainbow tagged Stephen Sondheim as his "all-time favorite" composer and lyricist known for his contributions to musical theatre. Sondheim has received an Academy Award, eight Tony Awards, eight Grammy Awards, a Pulitzer Prize, the Laurence Olivier Award, and a 2015 Presidential Medal of Freedom. "My two favorite shows of his are, Into The Woods and Sweeney Todd."

On Sidetrack in Chicago, where Show Tunes are played every Sunday, Monday and Friday: "I've heard of (Sidetrack); people always tell me about it. That's my favorite thing in the world: Show Tunes. I've heard that I would be very happy at Sidetrack, with their Show Tunes. I definitely will make a trip (to Sidetrack) ...maybe I'll (take an) Uber (from Milwaukee to Chicago) for some Show Tunes (at Sidetrack)."

Drink-of-choice: "My new summer drink is kind of boring; it's vanilla Stoli (vodka), ginger and a splash of cran(berry)."

Randy on Randy away from the videos: "I think a good way to describe me is, the videos are kind of a heightened version of me, but (they) are pretty much me. I'm a little sillier and better scripted in my videos, like any comedian. And after (having) a few of those drinks I just told you about, I'm even crazier and I sing even more. So, there's not much mystery ...kind of, what you see is what you get."

Future "Interviews": Said he want to "talk" to Russian President Putin. "We're all waiting for that one," Rainbow said. And he also wants to "talk" to Sarah Huckabee Sanders, who he tagged as, "horrible."

On Sean Spicer: "I have to give him some more hell," with an upcoming video.