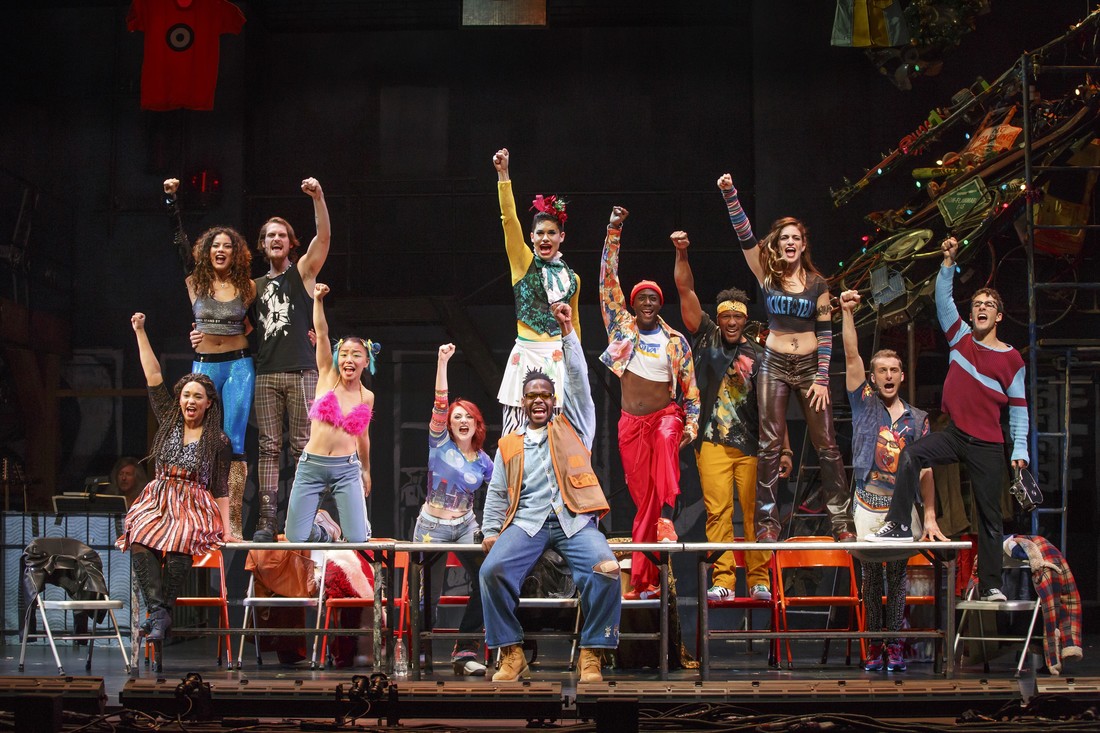 Chicago, IL - There's no day like Monday, May 8, for RENT fans in Chicago.

And Sidetrack in Boystown will be the place to be.

Broadway In Chicago and the RENT 20th Anniversary Tour will hold A SEASON OF LOVE BENEFIT CONCERT featuring cast members from the national tour of RENT playing Chicago's Oriental Theatre later this month. This live, cabaret-style event is from 7-9 p.m., at Sidetrack (3349 N. Halsted St.), followed by a special edition of Musical Monday, featuring songs from the Pulitzer Prize and Tony Award-winning musical, as well as other show-tune videos until 2 a.m.

Cast members from RENT will perform a selection of their favorite songs.

"We are very excited to have another touring cast of a Broadway show join us for a cabaret benefit," said Sidetrack general manager Brad Balof. The popular Boystown bar has previously held benefits with such casts as Beautiful The Musical, The Lion King, The Book of Mormon, Wicked, Cinderella, and Newsies.

"The caliber of these performers and performances are stellar. Every time we have one of these, we continue to be amazed at the talent that is coming off of Broadway onto national tours. It's also really cool to see them sing songs that aren't in the shows that they're performing in. Usually actors choose their favorite songs or something they've always wanted to sing, so there's a lot of heart put in the performances as well."

"We are very excited to partner again with Broadway in Chicago," Balof said. "Sidetrack and Broadway in Chicago have been partners for a long time. It's a natural match given the fact that we do Show Tunes three times a week. The cast and crew of these touring shows love to join us on Musical Monday. We often do promotional events for the shows that are coming to Chicago, including ticket giveaways. We also often have access to discounted tickets for Sidetrack patrons through our Sidetrack mobile app."

The touring cast of Rent has done cabaret performances in a few cities, and most of the cast has appeared, if not perform.

"The touring cast of Rent has asked the performance venue in each city that they've done this type of benefit to select a beneficiary that they feel would be best for the event," Balof said. "Sidetrack has a long-term partnership with The Legacy Project, (which) works to find a voice for LGBT people of importance the have been reduced or redacted from history because of their sexuality."

Sidetrack will have a stage set up in Glass Bar, with space open in adjoining Side Bar and Back Bar. After the live performance, there will be a special Rent Musical Monday, with clips from many versions of Rent added into the regular Musical Monday mix.

Sidetrack has Show Tunes three times a week. On Fridays, it runs from 4-7 p.m. (during RuPaul's Drag Race Season), Sundays from 4-9 p.m., and Mondays from 8 p.m. to close.

"Our Musical Monday crowd tends to (be) both theater students (from) various universities around the city (and) actors and members of touring shows that don't have performances on Monday nights. Musical Monday also has the largest number of regular fans that try to make it every Monday to enjoy show tunes," Balof said.

"Show Tunes at Sidetrack began over 30 years ago when owner Pepe Peña decided that it would be unique at a time when video bars were just beginning to add a format in which the videos would all be from show tunes or movie musicals. The rest is history."

Sidetrack is not selling tickets in advance. You may pay with cash or credit at the door. Doors will open just before 7 p.m. on Monday, May 8. There will be another part of the bar that will open at 3 p.m. that day if people want to arrive early and make sure they get in line.

Take Me or Leave Me