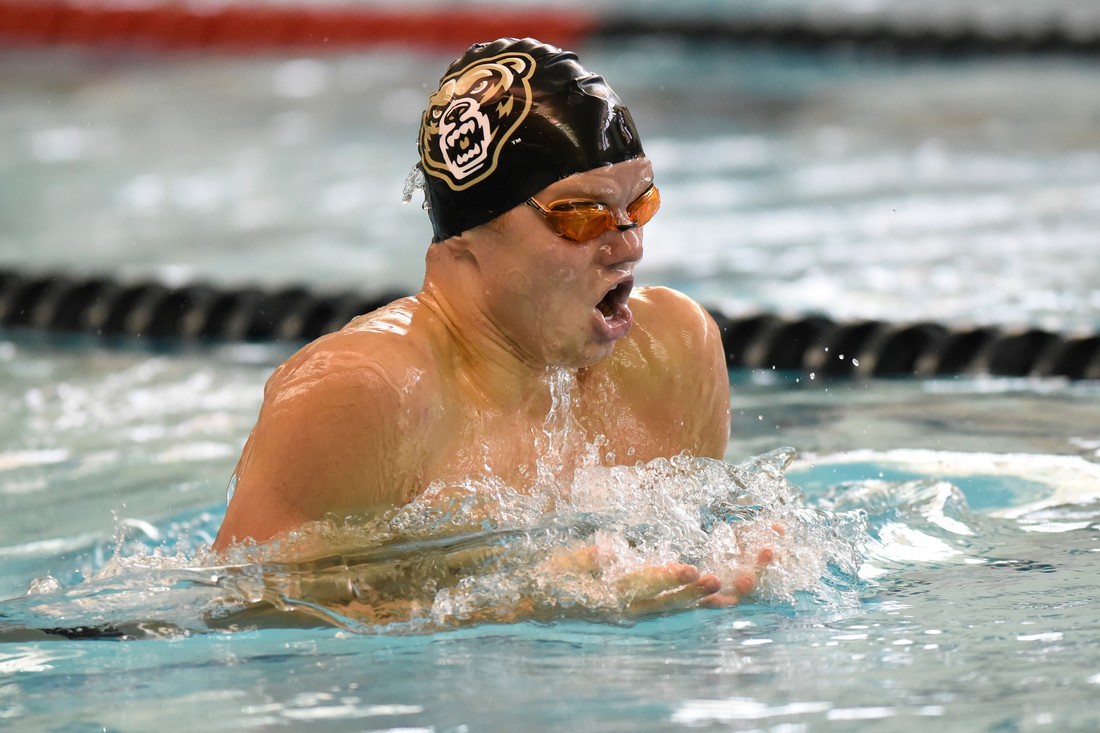 A 2014 graduate of Mundelein High School who just completed his junior year at Oakland University, Kasemets will be competing for Estonia in the 29th World University Games, to be held Aug. 19-30 in Taipei.

"I have always wanted to compete on an international level, (and these Games are a great) way to represent my country and university," said Kasemets, 21. "I am very proud, honored to be selected. It has been a dream of mine for many years to compete at an international meet at the level such as this one.

"I am very excited and thankful. These kind of opportunities don't happen that often, so I definitely have to be thankful for this experience."

Kasemets' parents are originally from Estonia, and he has dual citizenship – U.S. and Estonia. He visits Estonia every year to see relatives, vacation, or compete.

Kasemets was a four-year swimmer at Mundelein in the northwest suburbs, competing in the 100-yard breaststroke and 200-yard Individual Medley. He was a prep All-American, All-State, and the Mundelein High School Athlete Award-winner.

"I like to keep my swimming goals pretty secret, but I definitely would like to make an impact at the (World University Games) – to make sure that my small, yet powerful little country gets represented well," Kasemets said. "I am not nervous yet because it is only the beginning of the season and a lot of work has yet to be done. I am always confident in my abilities, but I do not doubt that I will be nervous when the time comes."

"Ayrton had shoulder surgery (last) summer, so I have seen how hard he has worked to get to where he is right now in his swimming career. It wasn't easy at all, but he trained so hard and truly deserves to be there," said Ruisanchez, 20, who has swum on the international front representing his native Puerto Rico. "Ayrton is the most amazing person. He has shown me that, no matter what, everything happens for a reason and that something good comes out of every bad situation. I'm so proud of him.

"I couldn't think of a better person to represent the LGBTQ+ community at the World University Games (and) I know this is just the beginning of his international career as a swimmer. I'm excited for him and honestly so proud of him."

Kasemets said he is "very proud and honored" to represent the LGBT community and Chicago overall on the international stage.

"Part of me believes that I am always representing these communities everywhere I go," he said. "(At) this particular event, I am excited to get to share my love for these communities in a different part of the world."

The World University Games will, without question, "be the highlight" of his swimming career to date, he said. "It will rank as the most important meet of my life."

In Taipei, Kasemets will compete in the 100- and 200-meter breaststroke.

"I have always wanted to travel to that part of the world," he said. "Traveling is one of my favorite hobbies, so to be doing that while swimming is a win-win for me."

Kasemets said his 2016-17 season at Oakland "was a journey," as he was fighting back from shoulder surgery last June. He participated in the 100- and 200-yard breaststroke events at the 2017 Horizon League Championships.

"The highlight of my college season has been my 2017 conference meet because of the amount of patience I had to have this past (season)," he said. "I only had half a season to prepare for (the) conference (meet), but it turned out to be my most successful yet."

A Bit More About Ayrton Kasemets ...

(Complete the sentence): Many will be surprised to know that I ... "am vegan."