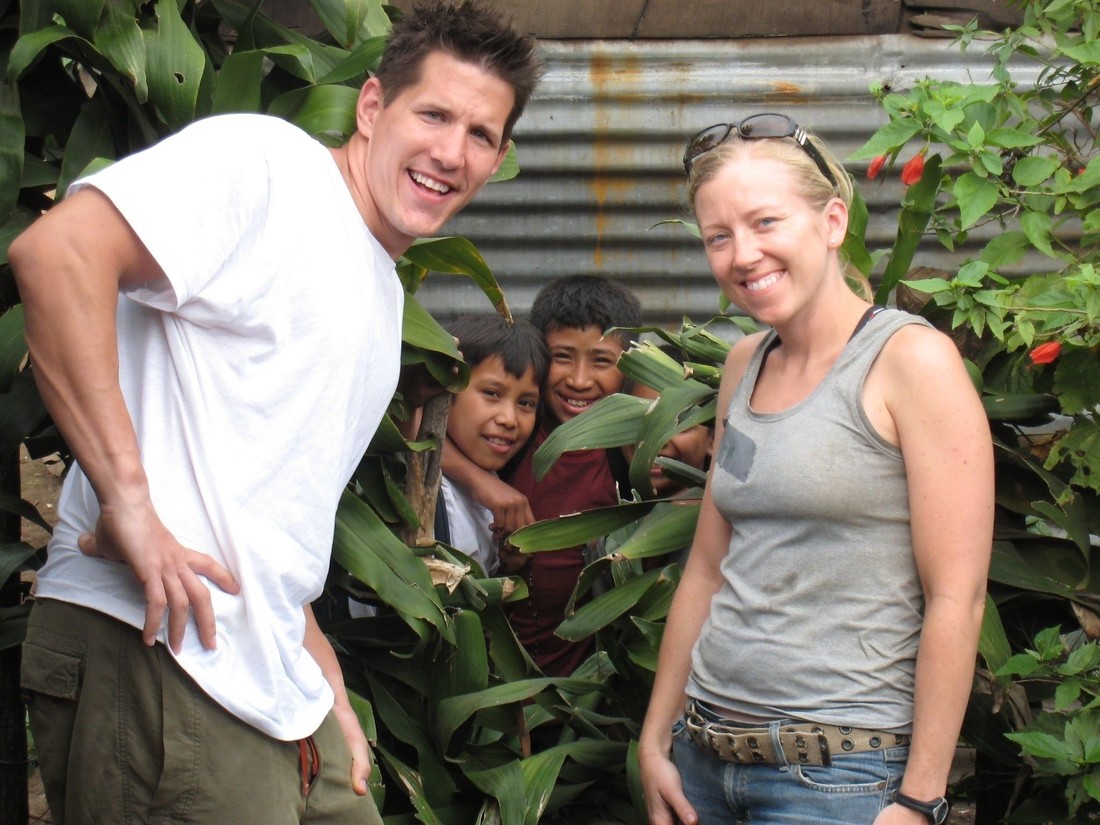 photo credit // matt liberatore
He was 29 and his 7-year relationship was coming to an end in late-2006. Matt Liberatore received one last Christmas present from his former partner: a volunteer trip to Guatemala, for a home-build through Habitat For Humanity.

"I think his line at the time was, 'If we messed up seven years, let's at least end it the right way,'" said Liberatore, now 39. "During that trip, I clicked with the team leaders and they approached me (at) the end to see if I would mind having my name submitted for leadership training. I was beyond grateful, and still am to this day. I think it is less about your circumstances and more about how you respond to your circumstances that defines who we are."

The home-builds, he said, "allow me a chance to gain satisfaction through giving back." And, "they allow me to experience and see culture like I never have before."

"Working (with) families in need allows us to have a window into their daily life and struggle. The local home owners love to share their culture and heritage, and at the end of the day, the team becomes better people because of it."

Liberatore, who lives in Evanston, is the Assistant Principal for Student Services at John Hersey High School in Arlington Heights. He left Chicago for Maui on March 25, and the multi-day build was completed March 31.

Liberatore was responsible for the 11 other team members, hence, his job wasn't truly over until the last person was dropped off back at the airport for their return flight home.

"This year was special," Liberatore said of the build done in Kahului, on the island of Maui. "We were building for a family of four adult siblings, some (with) physical disabilities. The family was approved for a Habitat home repair and when Habitat came to assess the repairs they deemed the house too unsafe for repairs and slated the property as a complete rebuild. For sweat equity, Habitat requires that the local family put in hours on the build, (so), we (also) had the sibling's cousin working alongside us. Her name was Kelly and she was one of the most special individuals. She was a seventh-generation Hawaiian and loved sharing everything about her family and the Hawaiian culture."

The home was about 1,400 square-feet with four bedrooms.

Liberatore and his team were working on siding, roof framing, trimming, waterproofing, and other roof details. They worked under the blazing sun, with the temperature hovering near 85.

Liberatore certainly had a fun tale to tell students and staff at Hersey about his spring break adventure.

The build truly lets him return to school "reset and fresh," he said.

"Many staff and fellow administrators are aware and ask me all sorts of questions," about the build, he said. "I am happy to share about the experience, but usually keep pretty quiet about my past trips and experiences because they are hard to capture and articulate the depth of the experience."

So why do the builds?

"I want to (make) a difference," he said. "The idea that I could have a hand in impacting others families for generations is pretty exhilarating. For many of these families, this one major life event, (such as) obtaining simple/affordable housing, will shift the entire trajectory for generations. The impossible can now become possible, all by committing a team or my own personal volunteer hours. Selfishly, I want to know that there will be some sort of Liberatore imprint."

Liberatore added that the builds truly give him the avenue to see, "what is important in life."

"I see others happier with less and it allows me to self-reflect on my own personal life," he said. "The family (who the build is for), not knowingly, gives me a complete understanding of their culture on another level that I would never get just (by) visiting the location solo or even in a tour group. Most of all, I get to witness the pure joy and gratitude on the families faces when they realize the team is there to help."

Liberatore's Maui team ranged in age from 22 to 68 – with a truly diverse crew, including fellow Chicago resident Adam Bogucki.

"Never before did I see a team bond and give such personal care and concern for each other's well-being," he said. "I planned the trip eight months ago and, on paper, you never know how the personalities are going to gel until everyone meets. Other than a female couple and aunt and niece, no one knows each other beforehand. I have been doing this for 10 years and never have I seen a team of 12 people become so cohesive in a week. It truly was an honor and a proud moment to watch as strangers became lifelong friends. Additionally, the cousin of this family was so proud to share her culture and heritage."

During the build, all 12 stayed on air-mattresses in a common room.

Liberatore shopped at Costco for all 12 for the week.

They worked from 8 a.m. to 4 p.m., with a lunch break and personal breaks throughout the day.

"I encouraged everyone to take multiple breaks because of the heat – obviously to rehydrate, but (also) to reapply sunscreen, as it definitely was a different kind of sun in Hawaii," he said. "I love seeing team members take breaks to interact with the family and gain a greater sense of local culture."

As team leader, his trip cost is subsidized, thus, 100 percent of funds Liberatore fundraised goes directly to the building funds and Habitat Maui. He raised close to $2,000 and the team raised more than $16,000.

To donate, please go to: https://gopride.com/Zd2e