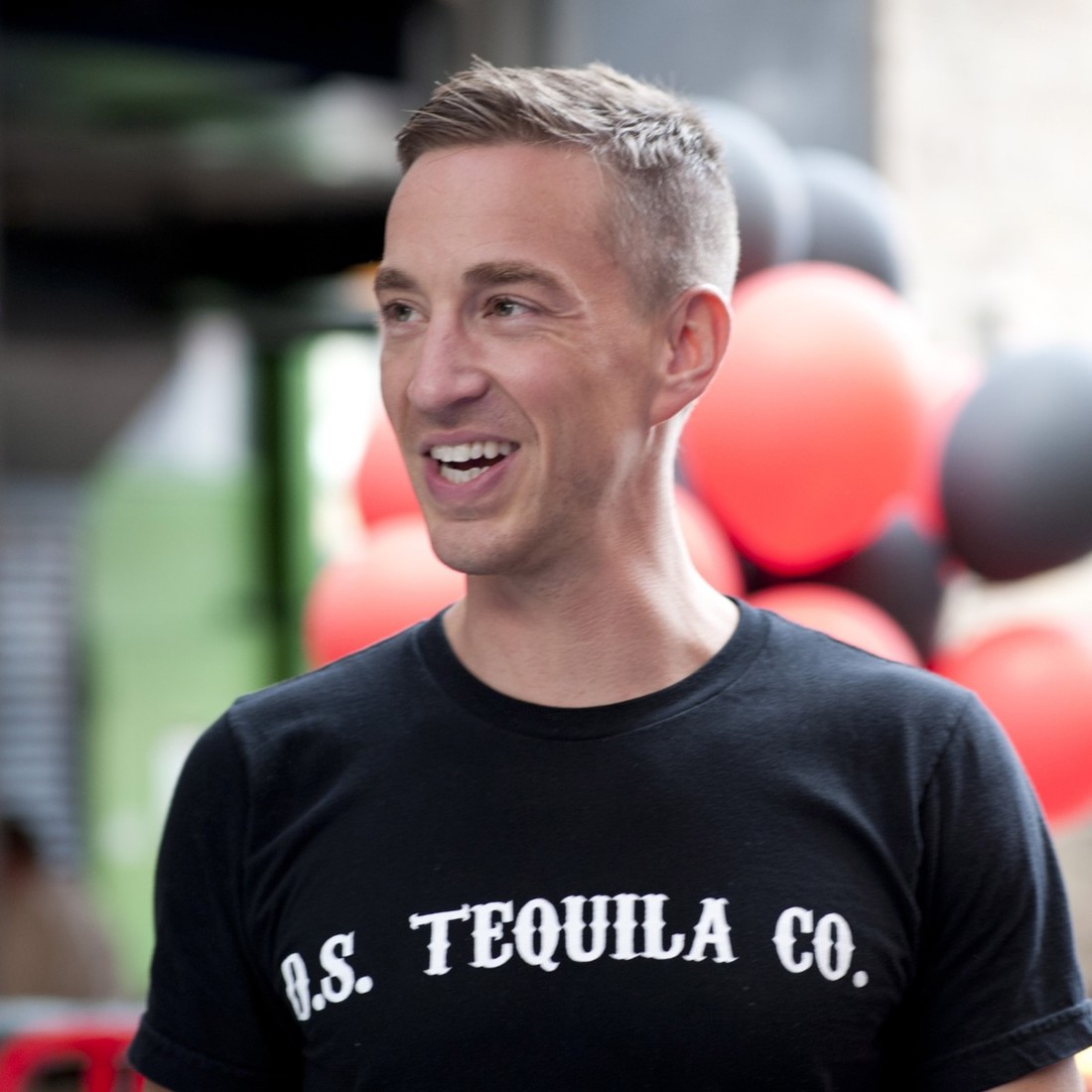 If a new Thai-themed, gay-run restaurant opens in Chicago later this year or in 2018, John Dalton likely will be behind it.

And his 40th Birthday Celebration will be a lasting legacy.

John Dalton, who lives in the Loop and has spent 18 years working and managing restaurants and bars in Boystown, turned 40 on March 31st – and his private, three-week party started April 12.

That's when he flew from Chicago O'Hare International Airport to Thailand, along with five others, to explore multiple islands. Then it's off to Cambodia, to explore the Ankgor Wat Temple ruins. Next stop is Bangkok for one night, where they will stay in the same hotel featured in the movie, "The Hangover." Next it's off to Manilla, then to Cebu Island in the Philippines for three days, where the itinerary includes swimming with Whale Sharks and exploring the island's waterfalls. The journey ends on the Island of Borocay, with 11 staying in one house for four days of relaxation.

"I still feel young enough where age is just a number," Dalton said. "I also feel that I have lived many lives throughout my 40 years and experienced so much. In that sense, I feel extremely blessed and happy.

"My favorite type of vacations are beach vacations. I wanted to make sure that wherever I travelled to, I had the option to lay by a pool (much more than in a sandy beach). A lot of my friends have travelled to Asia and from what I've seen, it looked like just the thing for me."

"I don't really have a goal for the trip ...just relax and enjoy."

After all, he's traveling with a group of nine friends and his fiancé.

Dalton has worked in Boystown since he was 22, starting at Roscoe's Tavern. He also was the co-owner of Minibar and both area mEAT Restaurants.

Now it's just D.S. Tequila and Dive Bar, where things are "great," he said.

"We have a wonderful group of people working in and managing both," Dalton said. "D.S. Tequila's new themed trivia Wednesdays featuring themes like RuPaul, Harry Potter, Real Housewives and Sex and the City have certainly brought crowds to the bar. Our 25-cent wing nights on Tuesdays seem to be a cult favorite as well.

"Dive Bar American Kitchen has just welcomed back Chef Martin, who has worked with our company for six years. We wanted to offer him the opportunity to focus on our menu at Dive Bar and he came back to face the challenge. With that, he has created an amazing Sunday Waffle Brunch and added more American fare items to expand our menu to our accompanying seafood items. Our $1 oyster Tuesdays and $2 wine Wednesdays have become a neighborhood favorite."

Dalton oversees management for both.

"D.S. Tequila has grown exponentially since 2011, (though) it took a lot of patience to overcome its growing pains," Dalton said. "Opening a small restaurant venue is very tough. You must depend on a small team to do a lot of work. It gets easier when the volume gets stronger and the place gets bigger. Even though it is still tough work and everyone provides an important role in securing its success, it is more of a machine that can ride better over bumpy roads. I love the place that it has become and I love how many people consider it their staple venue for their nights out, birthdays and special occasions to eat, drink and have fun.

"We put together a place that not only offers great food, but great entertainment on a daily basis. Every single day of the week, D.S. Tequila offers a reason for people to come in. It wasn't so much the case in the beginning. It was a lot of trial and error to get to this point. But, our team has really hit the nail on the head as to what specials draw people in, what entertainment attracts a diverse crowd and what food items people crave for more. Dive Bar American Kitchen is still getting its land legs and I look forward to how it changes and adapts in the future."

"Going from owning and managing five places to two was certainly a huge change after 11 years and I was sad to let go of a venue that had gone through so much growth over the years," Dalton said. "However, I decided to embrace this change and enjoy a personal break and some down time for a while. I've been on some great trips and seen incredible places this last year. I look forward to more concepts in the near future, but I am not going to force it."

So now he can truly embrace the memories of countless late nights in the heart of the action on Halsted Street in Boystown.

"There are plenty of stories. Of course, the best cannot be told here ...unless this is (a) Snapchat version of GoPride.com," Dalton said, laughing. "However, overall my favorite stories of running businesses in Boystown involve the very special friendships and relationships I have made. I have now lived in Chicago for 22 years, and 18 of those years have been working in Boystown. So, it is a very special place to me. All of my 'adult' memories and stories stem from here. It is impossible to choose two favorite stories from half of your life. There are so many stories relevant to so many years."

So what's the key to successfully running a gay business?

"That's an interesting question," Dalton began. "It is true that with more social acceptance, there are more options for all our GLBT customers to socialize wherever and with whomever they want. There isn't as much of a need to just come to Boystown. But, I believe the business owners on Halsted (Street) have made our neighborhood a local and tourist destination because of the quality of its nightlife and excellence of its restaurant selections. So that is what we try to do with every venue – open the best of its kind in the city, not just in Boystown. Of course, it does pose more of a challenge to acquire a straight, non-Boystown customer ...and now it is easier to lose a GBLT customer to another venue in the city rather than just to a venue next door."

Favorite Chicago Restaurant: "I love the One Off Hospitality Group. They are the geniuses behind Avec, Blackbird, Publican and my future competitor, Big Star, (which is) opening a location in Wrigleyville next year. I love all of their concepts. Of course there are so many great restaurants for different purposes and occasions. But, they always stick out to me."

Favorite Drink At A Bar: Rose or a margarita.

Hobbies: "Reading the Wall Street Journal cover to cover, (which) takes about two hours a day. I made (that) my 2016 resolution, and I've stuck with it."