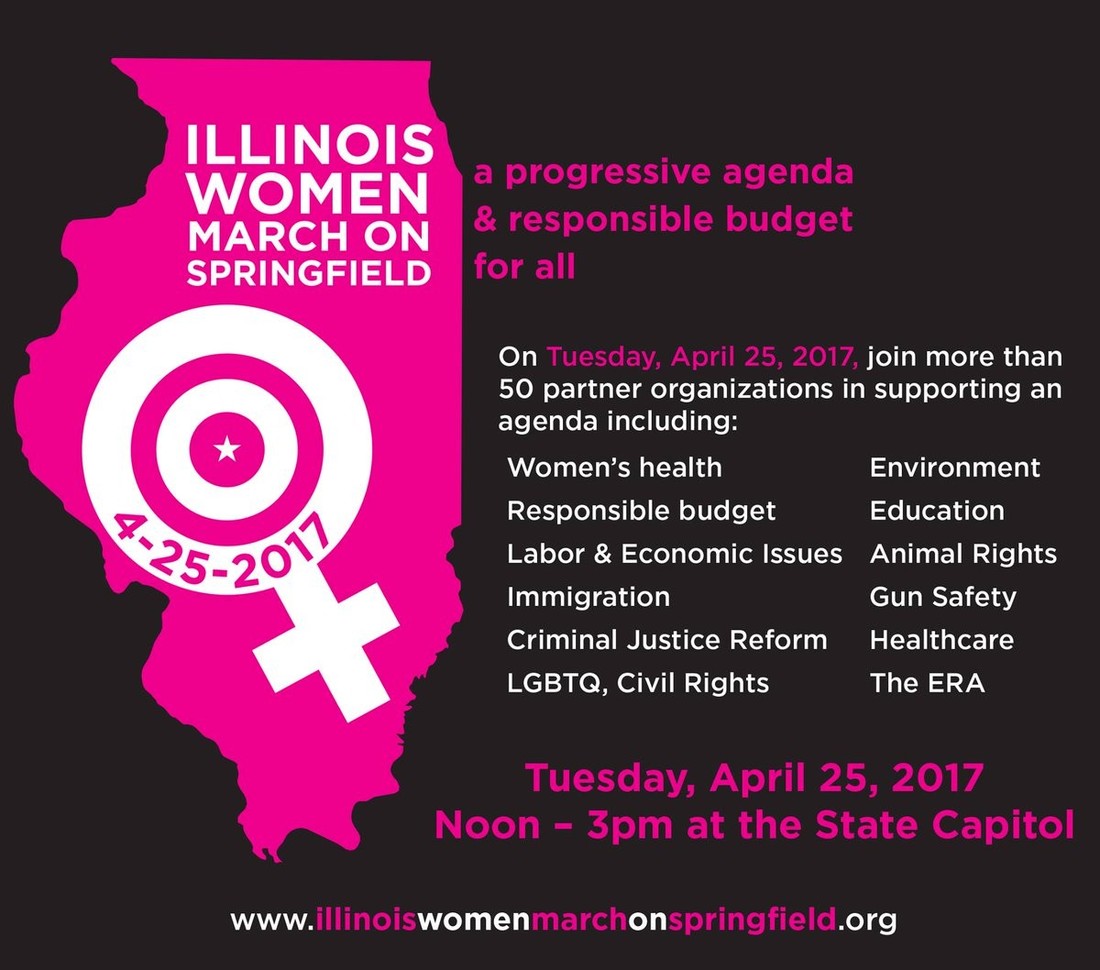 More than 50 organizations have joined a coalition to educate and organize around dozens of progressive bills being proposed in the Illinois House and Senate this session.

They will bring together people across the state for the Illinois Women March on Springfield for a progressive agenda and responsible budget for all, Tuesday, April 25, 2017.

The bills include the Women's Agenda, the People's Agenda of labor issues, plus issues including immigration, homelessness, criminal legal reform, the environment, LGBTQ, gun safety efforts, healthcare, economics, education and passing a responsible budget in Illinois.

The complete agenda, with more bills expected, is available on the March website: www.illinoiswomenmarchonspringfield.org.

The march is in the spirit of the Jan. 21 women's marches around the world, and just as those events attracted a wide diversity of people, the Springfield event is expected to bring together thousands of people across a range of intersectional issues.

The program will start at noon with a rally in front of the Lincoln statue at the Capitol Building, followed by a march around the capitol complex, and lobbying elected officials inside. At 2:30 p.m., there will be a final rally in the rotunda, including next steps on organizing support for the legislation still pending in Springfield. People are encouraged to make April 25 appointments now with their representatives and senators, and lobby for legislation from now until the end of May, when this session ends.

The website has a process where organizations and elected officials can join the effort, and people can suggest legislation. It also will have lobbying tips, and connections to how-to-find-your-legislator.