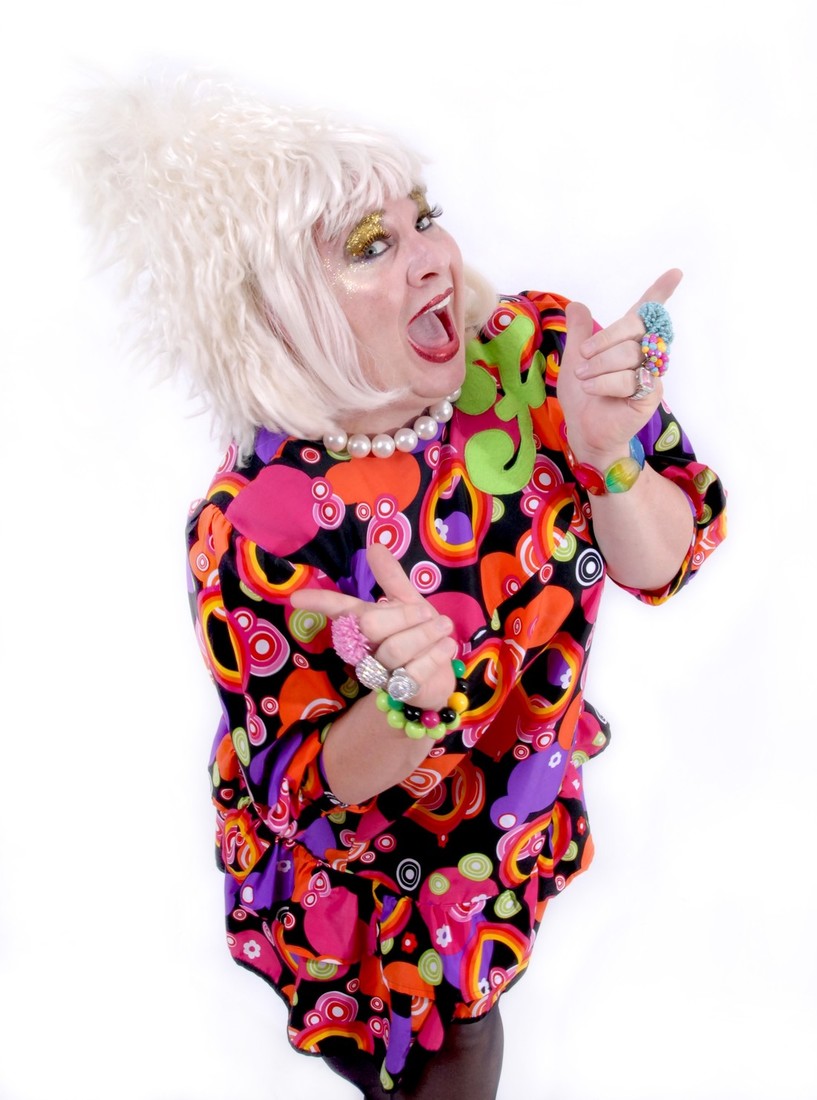 Chicago, IL - The cake will be a mix of glitz and glamour, with a splash of glitter, and certainly carry a pineapple flavor.

Hey, Miss Foozie is celebrating her 20th anniversary. The party is Friday night, April 7, at Charlie's Chicago (3726 N. Broadway), starting at 11 p.m., and there is no cover before 1 a.m.

"I am so excited (for) my 20th anniversary event; the response has been remarkable," she said. "(The event) will be filled with fun and surprises, including a show with five special guest performers showing their talent, and I will perform between each performer doing some of my old numbers with lots of love.

"It feels like just yesterday I was having my birthday party and Miss Foozie was created. I love Chicago, with so many wonderful people in our city."

"I've had so many highlights through the years, (such as) hosting my Pet Parade for the last 10 years, Gay Pride Parade, hosting Chicago Pride Fest, the Halloween Parade, to do so many benefits and to have the opportunity to work with many different bars, people, entertainers in Boystown and around the state."

Miss Foozie lives in Edgewater and is single, though Ricky Martin is her admitted dream-catch. She has a series of standing gigs around town:

* Every Friday night she host "Miss Foozie and her Floozies Talent Variety Show" at Charlie's, with special guest appearances from all over Chicago and elsewhere.

* Every second Sunday of the month she hosts "Bingo in Joliet" at Maneuvers (118 E. Jefferson).

"My most memorable (moment) is every day I am Miss Foozie ...it's a dream come true," she said. "All the Miss Foozie assistants who have helped me with my shows, events, and benefits (have been instrumental); if not for them through the years, I would have been struggling."

Miss Foozie singled out performing with Mark Ruffalo, meeting Julie Newmar, hosting Milwaukee Pride Fest several times and doing a skit with Joan Rivers among her career highlights. "Being on the radio was always fun, but the best time was when my mom was with me at the studio. I did a few television appearances and (appeared) on several magazine covers.

"I have been very lucky and I know I have so many more memorable moments still to come."

Love, laughter and her fans, she said without hesitation.

"Some bars will leave us; some will stay strong (over the years), and some will just always be changing because we are changing; that's what I feel keeps the variety and diversity out there," Miss Foozie said. "We are a city of change and growth that never stops. We have so much talent that is right here in the city, from old-school to now. There are some great performers/entertainers that we don't even know about, (those who) have not even been seen yet, and we have talent that has gone to reality (TV stardom) ...it's great to see such a variety of talent.

"Miss Foozie has changed through the years a little, but not in the last 10 years. I will always have my white hair, my glittery face, and most of all my dresses now have the letter F on them for Foozie."

Sure, Miss Foozie is sporting more flat shoes these days as opposed to heels, no doubt due to Father Time, but she's still the lovable and loving entertainer.

"Entertainers come and go. Some are more popular than others and some are only here for a short time. But what really impresses me is when it comes from your heart, the talent will show from that. You know who you are and just believe in yourself," Miss Foozie said.

What's up with her Pineapple catch-phrase?

Well, that's a tribute to her mom, she said.

"My mom was a waitress and she worked at a very busy restaurant, (so) when they tried to get her attention, she would say, 'I will be right with you, Pineapple,' or sometimes it would be 'Hotdog,' instead of Pineapple," she said. "I lost my mom almost four years ago and my mom was the inspiration in my life; she always told me that you are making a difference (so) just keep doing what you are doing. I love you, Mom, and miss you so much. "

And as for her first name, it is Lucy – because Lucile Ball was one of her idols.

"Miss Foozie dedicates her life to entertaining and bringing laughter into the world while bridging relationships within communities and beyond," she said. "Miss Foozie is a character artist in addition to a Chicagoland personality icon whose take on life is all about having fun and being 'you.'"