Funnyman Leslie Jordan cherishes his Emmy Award from Will & Grace, though broken 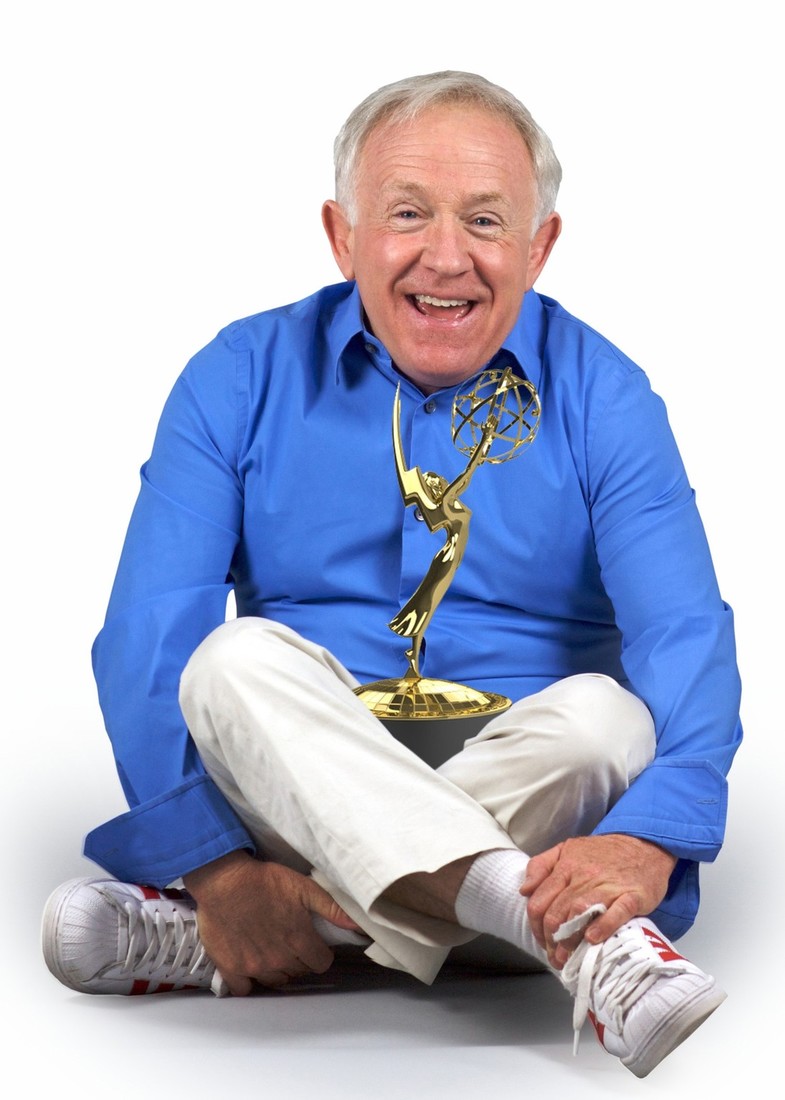 Leslie Jordan is best known for his role as Karen's pretentious, sexually-ambiguous rival Beverley Leslie on the hit TV series Will & Grace – and he won an Emmy Award for Best Guest Actor in a Comedy Series at the 58th Annual Primetime Emmy Awards in 2006.

The prized trophy is on the dining room table at Jordan's Los Angeles home, but, well, not the best-looking souvenir anymore for the successful Memphis native, an actor/playwright who has appeared in both film and television and is known for diminutive size and Southern drawl.

You see, Jordan was taking the Emmy shortly after winning it to an appearance in Poplar Bluff, Mo. He had packed the trophy into his luggage, but his luggage wound up elsewhere.

He eventually got the Emmy back, yet it was broken.

"There actually is an Emmy hospital," Jordan said, simply laughing at that statement. "They won't repair (the statues) and you must relinquish it. But, for $300, they will give you a brand new Emmy."

Jordan hasn't gone that route, yet, and doubts he will. "I still kind of like her," in its broken state, he said.

Jordan was once told to use guerilla glue to repair that statue, yet that didn't work and there are remnants of the glue on it too. Plus, a former boyfriend put Chicken McNuggets on her wings.

"She's just a mess and has suffered so many indignities," he added with his recognizable tone.

Jordan, 61, appeared in the popular movie, The Help; and some of his other TV credits include Lois & Clark: The New Adventures of Superman, Star Trek: Voyager, Caroline in the City, Reba, Boston Public, Boston Legal, Nash Bridges, American Horror Story and more.

Onstage, Jordan played Earl "Brother Boy" Ingram in Sordid Lives, a role he took to the big screen in the popular cult film of the same name.

But Beverly Leslie is his lasting legacy ...though the role wasn't first intended for him. In reality, the role was written for Joan Collins, and her character was to get in a cat-fight and ultimately have her wig pulled off.

At the last minute, Collins and/or her representatives balked at the plan – and the character was changed to a man, a Republican with a Black boyfriend who Beverly Leslie called, "My business associate."

NBC will be reviving Will & Grace — which focused on gay lawyer Will and his interior designer BFF, Grace — with at least 10 episodes.

The show signed off in May, 2006 after eight seasons.

Jordan doesn't know yet if Beverly Leslie will appear – he hasn't heard a word, he said.

"In the finale, I flew off the balcony ...but you didn't know if I was dead or not. Who knows, maybe I landed on a bus (and survived)," Jordan said. "I think they'll have to bring me back; I would hope; I won an Emmy (on the show).

So too did the Emmy, of course.

"When I won an Emmy, I thought I was going to kick back and enjoy the ride," he admitted. "A year later (after winning it), I called my manager and said I can't eat this Emmy," so he needed more paid appearances.

Ultimately, Jordan went on the circuit, showcasing his humor.

One stop years ago was at Hydrate Nightclub in Chicago's Boystown neighborhood.

Hydrate is located in the space that once housed Manhole. "Well, my mother is going to be so proud; I can't wait to tell her that I'm appearing at the Manhole," he said, laughing.

Jordan and his comedy is coming back to Chicago.

On Thursday, Dec. 8, the openly gay Jordan will perform stand-up to conclude Northeastern Illinois University's 'Gives Back Week' to benefit a new scholarship for students who belong to the LGBTQ community. The student-led event begins at 3 p.m. in the NEIU auditorium, 3701 W. Bryn Mawr Ave., and is open to the general public for $20. The event is free to students.

Jordan's Chicago run also will include two stops at Hydrate Nightclub (3458 N. Halsted) for his STRA?GHT OUTTA CHATTANOOGA tour, which is scheduled for Dec. 9 and 10, starting at 8 p.m.

The Cabaret Project will open for Leslie, performing their Bette Midler review, "You Bette, We Did."

"People can come to Hydrate expecting a lot of laughs, and it will be a lot of laughs," Jordan said. "I'm known for comedy ...I wish more people would see my standup (act).

"Talking to the students at Northeastern, though, is very important for me because that's the future and we're going to have a rough four years (ahead). I'm not going to get on any sort of political platform; that's not my place; I'm an entertainer. But, I want kids to know that, we're here. If anyone is having trouble, we're a strong community.

"I think (Northeastern speech) is going to be the highlight of the trip."

His mentors are Lily Tomlin and Whoopi Goldberg.

Threw out the ceremonial first-pitch before a Washington Nationals baseball game in June, even though he had never previously even held a baseball. He threw that ball in memory of the 49 killed at Pulse Night Club in Orlando, and also in memory of his dad, he said. "It was a real emotional (experience), the highlight of my life."

Jordan said his first-pitch was better than that from Snoop Dogg. After all, "I wasn't stoned (while throwing), he said.

He has performed at the Bailiwick Chicago in the past.

Starred in the pilot episode of Laugh Out, the world's first interactive, gay-themed comedy show.