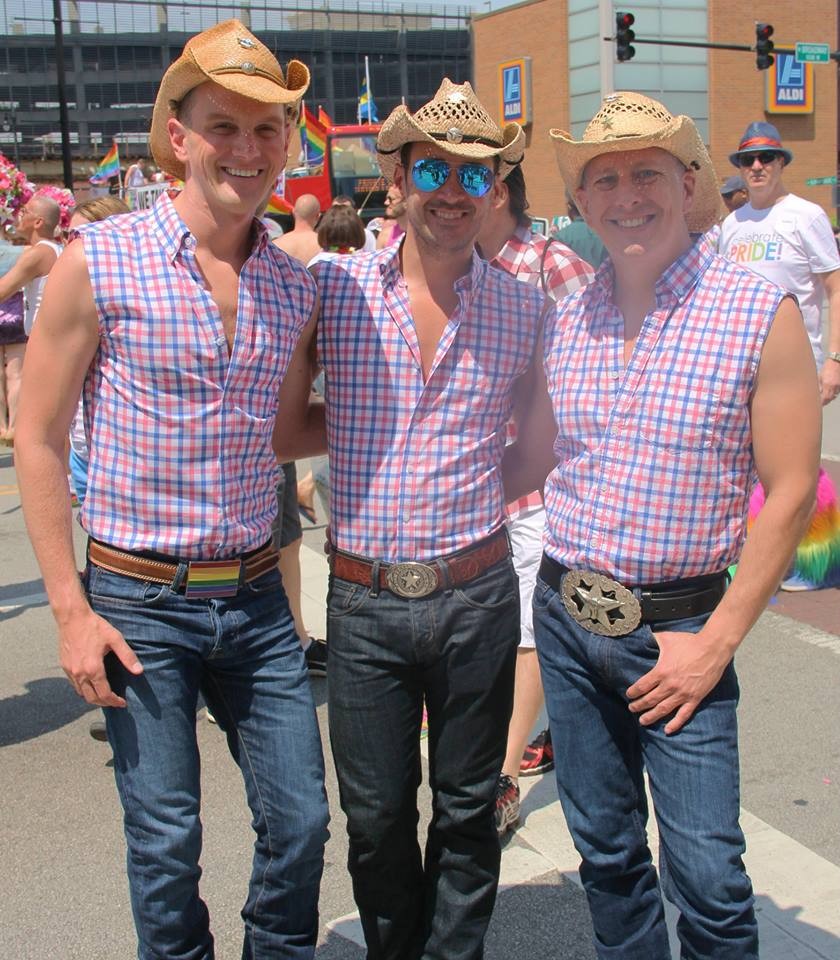 Set to launch in 2017, the new crew will include women, transgender and LGBT allies – and of course jeans, boots and hats

Chicago, IL - After nine years, the leadership of the Windy City Cowboys elected to end the group rather than pass the hat and boots to a new generation of organizers.

The move surprised many members, angered others, and certainly energized some, too.

So, a new dancing cowboys crew is being organized – with a four-person leadership, all of whom are former dancers from the ever-popular Windy City Cowboys.

"The group had become such an important part of my life that it was very sad and disappointing to hear that it was coming to an end," said Ricky Martel, 48, who lives in Rogers Park and is a manager/dance instructor at the Ballroom Dance Center.

Anthony Maggiore added: "It was sad to see a group that held a special place in so many people's hearts coming to end. However, I understand the tremendous amount of time and work it takes to run a group like this, and like all good things, it had to come to an end."

Andrew Bell, 36, who lives in Uptown and is an account director at marketing agency Trisect, said, "The group's hard work, time and energy resulted in a lot of success over the past nine years. The Windy City Cowboys delivered a unique form of entertainment that the community began to expect as part of summer celebrations in the LGBTQ community. As a result, we built a fan-base that truly appreciated the work we did. And it was noticed well beyond the city limits of Chicago.

"On a personal level, the Windy City Cowboys was a creative outlet for me, (so) it was sad to see that go. Not only did the group give me a stage to do something I love, (dancing), it also gave me a chance to get involved with community, apply my profession to a unique cause, escape routine, and live-out that secret stardom that every kid dreams about."

Over the past nine years, there have been 54 cowboys in the group. There were 18 dancing cowboys in the 2016 Chicago Pride Parade, held in late-June, along with a dozen-plus volunteers.

The team received an email from the WCC Director on Jan. 2, with the news that 2016 would be its last dance.

Ray Kenyon, 47, who lives in suburban Streamwood and is a design manager at Seyfarth Shaw, said he wasn't surprised that leadership wanted to end their participation after a successful nine-year run. "However, I was shocked that they didn't want the group to continue our legacy," he said.

Bell added, "There was always a piece of me that believed the group would continue to evolve and build on its success.

So why did the Windy City Cowboys ultimately end?

Multiple reasons, its former members said. Such as the loss of membership, conflicts with rehearsal times, difficulty booking performances within community events, cost of rehearsal space, and more. "The director wanted the group to go out on a high note and preserve the legacy of the group," Martel said.

A legacy filled with memories.

Martel, for instance, said performing annually in the Pride Parade is a highlight. "The appreciation from the crowd is very energizing and it makes all of the work we put into it worthwhile," he said. "I also really loved doing events that supported the community. We served as Volunteer Ambassadors for Dining Out For Life a few times and we ran in and performed at Proud To Run."

Kenyon reflected on the friendships built, plus the group's impact on the community. "We performed at PFLAG events, rodeos, helped raise money for charities, and performed at several local street fairs. I loved it when we took our performances on the road and performed in the Dallas and Milwaukee Pride Parades and Sundance Stompede in San Francisco."

Maggiore recalled the time that the Windy City Cowboys performed at a fan's birthday party, which he tagged as one of the "coolest things" it ever did.

"To me, the highlights were about being an active member of the community (and) blending two things that I love – dancing and country music," Bell said.

CREATIVE COUNTRY DANCING CREW WILL CONTINUE - WITH A NEW NAME

A new dancing crew of cowboys is forming, anchored by Martel, Bell, Maggiore and Kenyon.

"We know that we are going to have to overcome all of the obstacles that led to the Windy City Cowboys disbanding, so we are very aware that it's going to be a lot of work," Martel said. "We (want to be) more inclusive (and) we genuinely want to represent the entire LGBTQ+ community and our allies."

So yes, that means women are welcome to join, too.

The group wants to be more collaborative, too. "Being inclusive and collaborative will begin with us, and it will be encouraged from our audience and our performing members as well," Martel said.

"We will be an LGBTQ dancing and performing group that dresses in country western clothes and dances to country western music, both classic and modern," Martel said of the new crew.

A new name for the group is forthcoming. "We really want to be sure we get (the name) right and (want it to) reflect our inclusive nature," Kenyon said. "Our goal is to show another aspect of the LGBTQ community that the general public isn't aware of: those of us who appreciate country/western music so much we perform to it."

Leadership roles and titles are forthcoming, too.

While the Windy City Cowboys have long launched their season at MidSommarfest in Andersonville, held in early-June, the new group is remaining hopeful for a Summer 2017 debut, its organizers said.

"The reality is, the new group could end up being very similar to the Windy City Cowboys," Martel said. "How different we end up being will be determined by the passion and energy that comes from new members and the input we hear from the community. Ultimately we are performers and we want to deliver shows that are crowd pleasers. That is our goal that we want to continue getting better at it."

Kenyon added, "We definitely want to replicate the country/western presence the Windy City Cowboys created, but we plan on being different by opening membership up to the entire LGBTQ community and our allies. I think with broader diversity, we can improve the quality of our performances, increase our fan base and just have more fun."

Country music and country line dancing will remain the focus of the new group, Maggiore confirmed.

For more information about the new crew of dancing and performing cowboys, email the group at: Signmeup4country@gmail.com