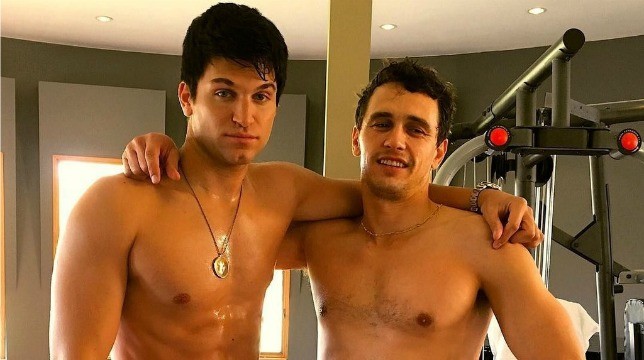 The first trailer for King Cobra arrived on Monday and it's full of scenes charged with sexuality and violence.

"It's a chapter of my life I don't like to revel in," Lockhart said of his time with Cobra Video in an interview with GoPride.com in 2013.

The much anticipated film by writer-director Justin Kelly (I Am Michael) is billed as "part delirious, tabloid-shocker satire, part American tragedy".

Reeling: The Chicago LGBTQ+ International Film Festival will present an advance screening of King Cobra on Thursday, September 29 at Landmark's Century Centre Cinema. Clayton and Kelly are expected to attend.