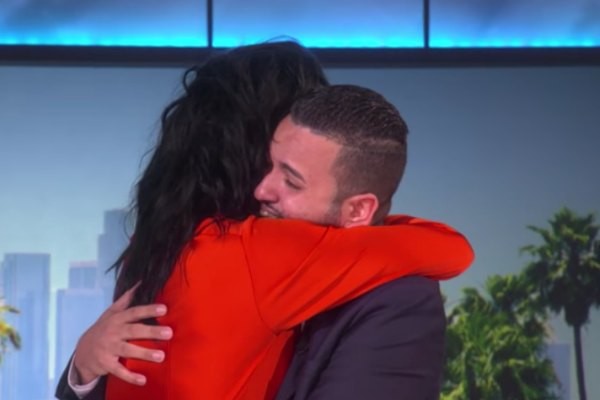 Singer Katy Perry on Thursday surprised a survivor of June's mass shooting in Orlando during an appearance on The Ellen Show.

Forty-nine people died and dozens were wounded when a lone gunman opened fire in the Pulse, a gay nightclub.

Tony Marrero told host Ellen DeGeneres that he was shot in the back four times and once in the arm. Amazingly, none of the bullets hit a vital organ and Marrero is recovering.

"You died on the way to the hospital," DeGeneres said.

"Yes, I did," Marrero answered.

Marrero explained that he was lucky because he made eye contact with a cop as the shooter was still active. The cop could not come to Marrero because he was not wearing protective gear, but he called to Marrero, instructing him to exit the nightclub.

"I didn't know where I got my strength from, but I just dragged myself to that door. And he just grabbed me by my two arms and dragged all the way across the street," Marrero said.

When he explained that Katy Perry's music helped him recover from his injuries, DeGeneres asked if he wanted to meet her, which left Marrero speechless.