Out in the Park at Six Flags celebrates diversity in 2016 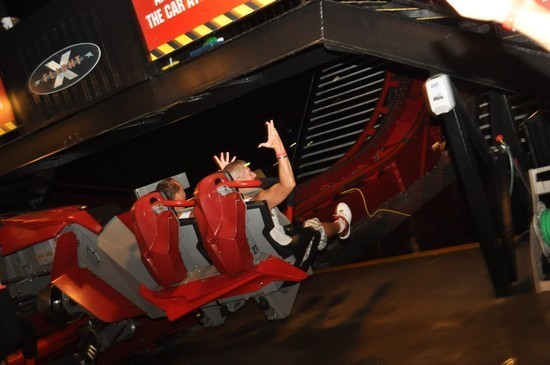 Countdown to Out in the Park, Saturday, Sept. 10

Chicago, IL - Chicago's annual LGBTQ and ally night at Six Flags Great America, "Out in the Park," is ready to celebrate diversity with its fifth year on Saturday, Sept. 10. From 8 p.m. to midnight, ticketholders will be guests at an exclusive nighttime party at Gurnee's Six Flags -- this includes access to its most popular rides as well as a fabulous party of DJs, dancing, sexy go-go boys and a special performance by the incredibly talented YouTube sensation Todrick Hall.

Some chilly weather brought down attendance to last year's event, so BestGayChicago's Derrick Sorles and Michael Snell, who took over and transformed the event in 2012, are encouraging folks to buy tickets this year, or risk the event being canceled. On the other hand, with enough attendees, Six Flags is primed to offer the duo an entire day for future events.

"It's really like a big Pride celebration in the park!" told ChicagoPride.com. "Some people say I'm not going because I don't like to ride rides...but it's very social -- you can drink and dance, people watch and mingle, walk around and play games, or enjoy the show. It's all a very fun time even if you don't ride roller coasters."

"One of the best elements of this event is that it is closed to the general public and this year our event piggy-backs a daytime corporate buyout so our attendees will be entering an empty park," explained Michael Snell, Sorles' partner in both life and business. "The LGBT community, their family, friends and supporters can enjoy the park with little to no lines...and even more amusement and entertainment."

Out in the Park is an all-ages event, open to any and everyone, but most populated by folks from Chicago and neighboring states like Wisconsin, Iowa and Indiana. Attendees can take advantage of crazy short lines for some of the park's most popular roller coasters or follow the bump bump bump to the Hometown Square where the DJs of Scarlet will be presiding over a fabulous dance area with sexy go-go boys twerking and grinding all night long.

Ticketholders who are 21 and older can stop between rides or dance sessions at any of the bars scattered throughout the park to cool off, rest and mingle. Six Flags has also recently installed a full service bar, located conveniently near the DJ area.

"Last year a lot of people commented they were done riding everything by 10:30 or 11 and did not want to stick around for the closing show, so we thought open the evening right away with a short show his year," Sorles said, referring to this year's performer: Todrick Hall.

Rising to fame after he made it to the semi-finals of American Idol's ninth season, you probably know Todrick Hall for his hilarious, elaborate YouTube videos or his recent "Straight Outta Oz" album, which he's touring this summer, or from his appearances as a judge on Rupaul's Drag Race. Hall is also set to assume the lead role of Lola in The Broadway musical Kinky Boots this November.

"Todrick appeared at Scarlet Bar last Halloween and he was great!" Snell said. "We asked him if he would commit to Six Flags for 2016 and he was not sure, then this spring as he was gearing up for his 'Straight Outta Oz' tour he said he was coming to Chicago in August with his show and would be happy to come back again in September for our event. At that point, he had no idea has was heading to Broadway in the Fall! It was perfect timing for everyone."

A bus shuttle organized by Charlie's is offering tickets for $30 roundtrip -- the price includes the ride, drinks on the buss and admission to the official after party at Charlie's, 3726 N Broadway St. A secondary service, A List Midwest, has tickets for $35 roundtrip and can be contacted at 1-800-729-5110.

Tickets for only $41, when purchased by Midnight on Sunday, Sept. 5, include parking for the day at Six Flags. They can be purchased by visiting http://gaysixflagschicago.com. The online tickets go up to $46 with some $51 tickets available at the gate the day of the event.