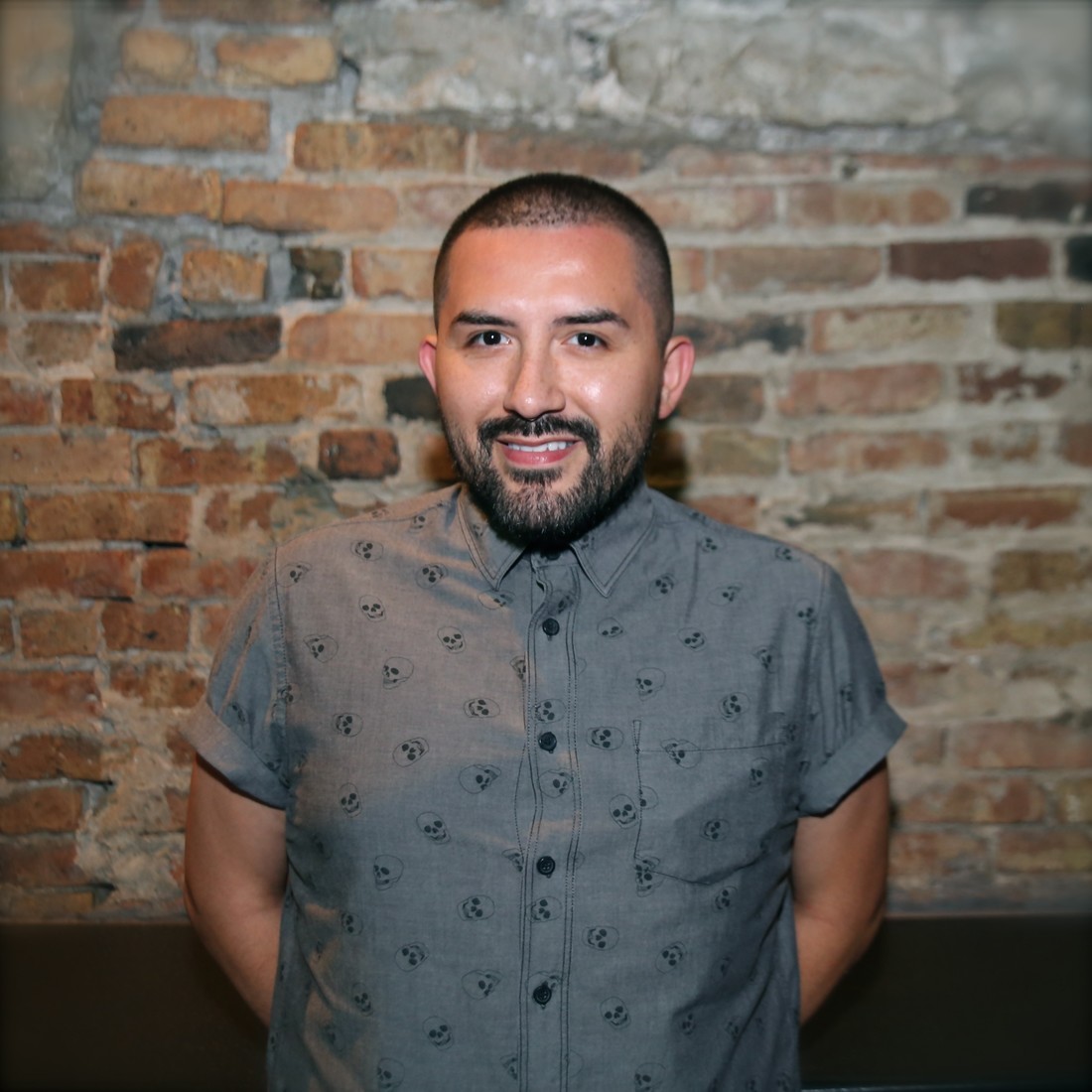 photo credit // ricardo sebastian
Everything he does with Habitat for Humanity has been oh-so-personal for Ricardo Sebastian, who was born and raised in Chicago and now calls the Gold Coast neighborhood home.

But life hasn't always been so sparkling for him.

His dad was born in Michoacán, Mexico, on a dirt floor, in a house made of clay, with no plumbing or electricity. His mom also was born into extreme poverty.

"My parents chose not to let their circumstances define their future and dedicated their lives to providing a better life for me and my sister," he said. "I'll never forget the day my sister and I found out our parents had become homeowners.

"Becoming homeowners changed our lives forever. We now had a new kind of stability and a place to build memories together. It allowed us to better help those in need and to chase even bigger goals. It's because of my parents and their determination that my sister and I are now able to live out our own dreams."

Ricardo Sebastian is the Founder and Project Manager for Luxury Management. Plus, he is the past President of Habitat for Humanity's Young Professionals Committee here in Chicagoland. He's the Chair for the international expansion of the #3S4H project with Habitat for Humanity. #3S4H, the hastag for Three Stops for Humanity. The premise of this project is to recruit community and industry leaders to participate in three once-in-a-lifetime experiences.

Through these experiences, they build awareness for Habitat for Humanity and create new partnerships. In total, they raised $100,000 to build homes for families in Chicagoland.

Ricardo Sebastian now sits on the National Advisory Council of Young Professionals at Habitat for Humanity. "When I applied to become a council member I presented the #3S4H program and they loved the results. So I'm now working on taking this project global so we can increase the positive impact created by Habitat's Young Professionals."

The international group will, later this year, fly to Buenos Aires for 10 days, primarily to build homes for partner families and to host educational workshops for aspiring entrepreneurs and creatives in the community. Plus, traveling volunteers will participate in three cultural experiences, "in an effort to fully submerse everyone in the experience," he said.

Ricardo Sebastian has the firsthand experience of knowing what having a place to call home can do – and that's why he's so passionate about Habitat for Humanity. "This isn't just about putting families in homes; it's about redefining their future and empowering people to chase their dreams until they're living their dreams," he said.

Habitat for Humanity is well known to be a Christian and Conservative organization, Ricardo Sebastian acknowledged. "Conservative Christians have a notorious reputation for being homophobic—there's just no eloquent way to say that but my point is this: the relationship I have with Habitat for Humanity is a perfect example of how people with different backgrounds, perspectives and values can put differences aside to work together and help others.

He added, "I've gotten some heat from the LGBTQ community for being involved, but my involvement is also an opportunity to represent our community and to break down stereotypes. The No. 1 thing for me is, Habitat for Humanity has evolved as an organization as well. While their history is based in being conservative, they are actively moving forward and have always kept their doors open to all families in need and volunteers who want to build a better world."

Ricardo Sebastian is celebrating his 30th birthday on Wednesday, Aug. 17, with a special Birthday Party from 9-11 p.m., at The Underground (56 W. Illinois St.) as part of the regular #HabitatHouseParty – and 100 percent of proceeds will benefit the #3S4H Build with Habitat for Humanity.

EFFEN Vodka is hosting the bar and there will be special giveaways, including complimentary bottle service, VIP Passes to 103.5 KISS FM's Sprite Lounge and Luxury Management will be giving away one all-expense paid trip to their #3S4H Build & Experience with Habitat for Humanity.

"I'm excited," to turn 30, he said. "It seems like a lot people have a hard time with getting older, especially with turning 30, but I've always looked forward to this decade in my life—even when I was a kid. I intuitively feel this next decade will be my golden years. Life is all about learning and evolving. When I think about the last 10 years of my life, I have such a better sense of self in these last moments of my 20s, (so) I gladly welcome 30 and look forward to seeing how it all plays out.

"I'm in the middle of fundraising for my first international build with Habitat for Humanity and The Underground has been incredibly supportive of my philanthropic work. We were looking at dates for August and I figured celebrating my birthday the same night would be the easiest way to get everyone together."

This is the fifth year of #HabitatHouseParty which, historically has been an annual fundraiser, but The Underground decided to extend the partnership and run it once a month (August-October) to help raise more money.

"The Underground has a polarizing reputation," Ricardo Sebastian said. "Some people love it; some people hate it. So, if you've been and didn't love it then, I encourage you to check out #HabitatHouseParty. This is unlike any other night or party that has ever been hosted at The Underground. We've worked really hard to make sure the crowd is diverse and fun, and guests can connect with people who, otherwise, they never would have met."

Ricardo Sebastian launched Luxury Management 10 years ago as a sophomore in college. "Most small businesses don't make it beyond five years and, considering all the mistakes I've made, I should be one of these statistics of not making it; but I never gave up and I never will. Being an entrepreneur takes perseverance and patience," he said.

"When I look back on the work I've done and then look forward to the future ...I don't really know how to describe the feeling. It isn't pride. It isn't humility. If anything, I'm absolutely grateful to be in a positon where I can live out my dream because this company I've created is about helping others make their dreams a reality.

"This all started in a classroom and no one really understood what I was trying to accomplish. Now I have clients in four cities across the country and two international clients. It's a world of difference from when I started."

Luxury Management started as an event production company, focused on fundraising for local nonprofits. While that is still in the mix, it has evolved into project, brand and talent management, "which happened quite naturally," he said.

"In 2014 I realized that we were constantly promoting all the brands and talent associated with our events. So I re-assessed the whole business operation and decided to move in this new direction as I prepared for the company's 10-year anniversary. It was a risky move, but I knew it would be good for business."

Ricardo Sebastian said he wants to expand Luxury Management on the international level.

"The work we do is with the goal of making our world a better place for all," he said. "So much has changed in the last five years – not just professionally, but personally as well. As an entrepreneur, your personal growth directly effects your professional growth. In the last five years I have learned how to take responsibility for my actions, how to be clear with what I want and how to say, no. These lessons have changed everything about my career."

Ricardo Sebastian said the best part of his job is simply watching a client react to the results of the work they do for them. "We work with a lot of creative people and they are so great at what they do creatively, but need help with the management/operational aspects of their business. Being able to figure out their creative process, how they want it to be and then making it happen—(those are) priceless moments."

For more information, go to: www.share.habitat.org/gv17234