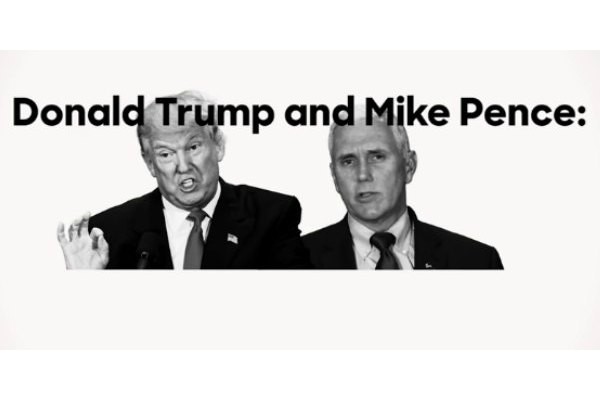 Trump announced on Friday that he had picked Indiana Governor Mike Pence to be his running mate.

About 15 minutes later, the Clinton campaign blasted Pence in a statement, describing him as the "most extreme VP pick in a generation."

"Trump has doubled down on some of his most disturbing beliefs by choosing an incredibly divisive and unpopular running mate known for supporting discriminatory politics and failed economic policies that favor millionaires and corporations over working families," Clinton spokesperson John Podesta said in an email to supporters.

The campaign also released a one-minute video in which it criticized Pence's decision last year to sign a so-called religious freedom bill that opponents argued allowed businesses to discriminate against the LGBT community. Pence at first defended his decision to sign the bill, but a growing backlash pushed him to call for a "fix" to the law. "As governor, Pence was willing to shut down Indiana's economy to allow discrimination against LGBT people," the campaign said in the video.

Last month, Trump claimed that he was a better friend to the LGBT community than Clinton, his Democratic rival.

Megan Robertson, a Republican strategist in Indiana, told Reuters that picking Pence shows that Trump "maybe doesn't care about that community as much as he tried to profess that he did."