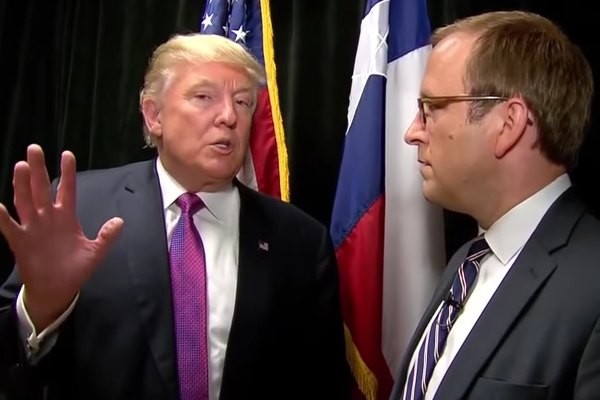 Obama has issued a proclamation recognizing June as LGBT Pride month for the last eight years.

During an interview with ABC News' Jon Karl, Trump was asked whether he would continue the tradition. Trump responded that he might and used the opportunity to take a swipe at his Democratic rival, Hillary Clinton.

"I would look into it. And I feel so badly what happened and we have to do something about it," Trump answered, a reference to the Orlando mass shooting in a gay nightclub that left 49 dead and dozens wounded.

"And just remember some of these countries that are contributing to Hillary Clinton, some of these countries where we're taking in thousands of people, they kill gays, all right. They kill gays. They enslave women. They enslave women. And yet they give money to Hillary Clinton, she accepts it, she wants more people to come into this country. I'm better for women. And I'm better for gays. I am better for a lot of people," Trump said.

Trump was not asked about his own business interests in foreign countries where LGBT rights are suppressed.