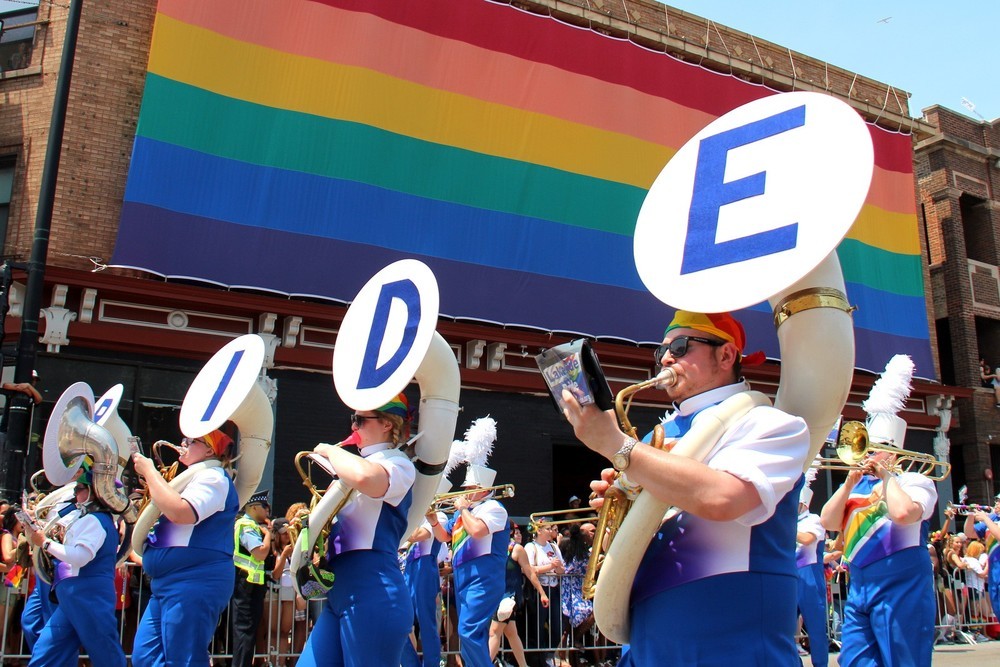 Chicago, IL - Chicago leaders are working overtime in hopes that the roughly 1 million people attending both the Chicago Pride Fest and Pride Parade can safely let their true colors show in 2016.

The Chicago Police Department, parade organizers, festival leaders, local government officials and even the FBI detailed plans for heightened security over the next two weekends during a news conference Thursday. This comes following the horrifying terrorist attack at a gay nightclub in Orlando, leaving 49 dead and 53 injured.

Chicago Police Superintendent Eddie Johnson announced there will be an increased presence of uniformed police officers at these events, including officers on bike, civilian-dressed officers throughout the event and specially trained canines. Johnson stressed there is no evidence of a threat against the LGBT community in Chicago.

Pride Fest 2016 – which runs from June 18-19 down Halsted Street in Boystown – will also feature its own private security detail, a heightened partnership with the Chicago Police Department's 19th District, as well as integration with the Chicago Office of Emergency Management. That's in addition to greater attention to detail at the gates, where organizers say they will make a commitment to public safety.

"As Pride celebrants join us this weekend, we ask for patience as they pass through the festival gates," Northlasted Business Alliance Executive Director Christopher Barrett Politan told ChicagoPride.com. "We will activate a separate entry for those bringing bags and will check their contents. For this reason, we encourage people to leave their bags at home."

Despite the mass shooting at Pulse Nightclub in Orlando, the festival could also see record attendance. PrideFest Milwaukee, which was held last weekend, set a new attendance record the same weekend as the attack in Orlando.

However, the real security concerns arrive with the annual Pride Parade when an estimated 750,000 to 1 million people will crowd the parade route along the North Side. The parade is slated for Sunday, June 26 and runs through both Uptown and Lakeview.

U.S. Sen. Mark Kirk sent a letter to FBI Assistant Special Agent in Charge David W. Paun on Wednesday, asking for the FBI's Chicago bureau to have a plan during the large parade, Kirk's office confirmed to ChicagoPride.com.

"Given the importance of the LGBT community to my constituency in Chicago, Illinois, I want to make sure that you and your team in the Federal Bureau of Investigation Chicago field office offer the maximum security possible so that, in the wake of the Orland massacre, we can have the safest Pride Parade ever," Kirk wrote.

The FBI responded to Kirk's letter that same day, saying they were working with CPD to ensure everyone's safety.

Chicago Mayor Rahm Emanuel also spoke with reporters on Monday asking Chicagoans to "not cower in the face of terrorism or terrorists who are trying to intimidate us."

"Which is why I want to be sure that we, as a city, are not only going forward with our LGBT, our Gay Pride Parade, but because that is where we express our common values of inclusion," Emanuel said.

Even before concerns over the Orlando tragedy, parade organizers announced a plan to increase the security presence along the 21-block parade route, nearly doubling the number of off-duty police officers from 90 last year to 160 this year. That's in addition to increasing the number of staffed police in the 19th Police District, a commitment by Ald. Tom Tunney (44th) in response to increased crime in Lakeview.

Nevertheless, law enforcement urged people to call 911 if they notice any suspicious behavior.

The 47th annual Chicago Pride Parade, which is scheduled to step off at noon on June 26 in Uptown, will begin with a moment of silence and people will carry pictures of the victims, according to organizers.