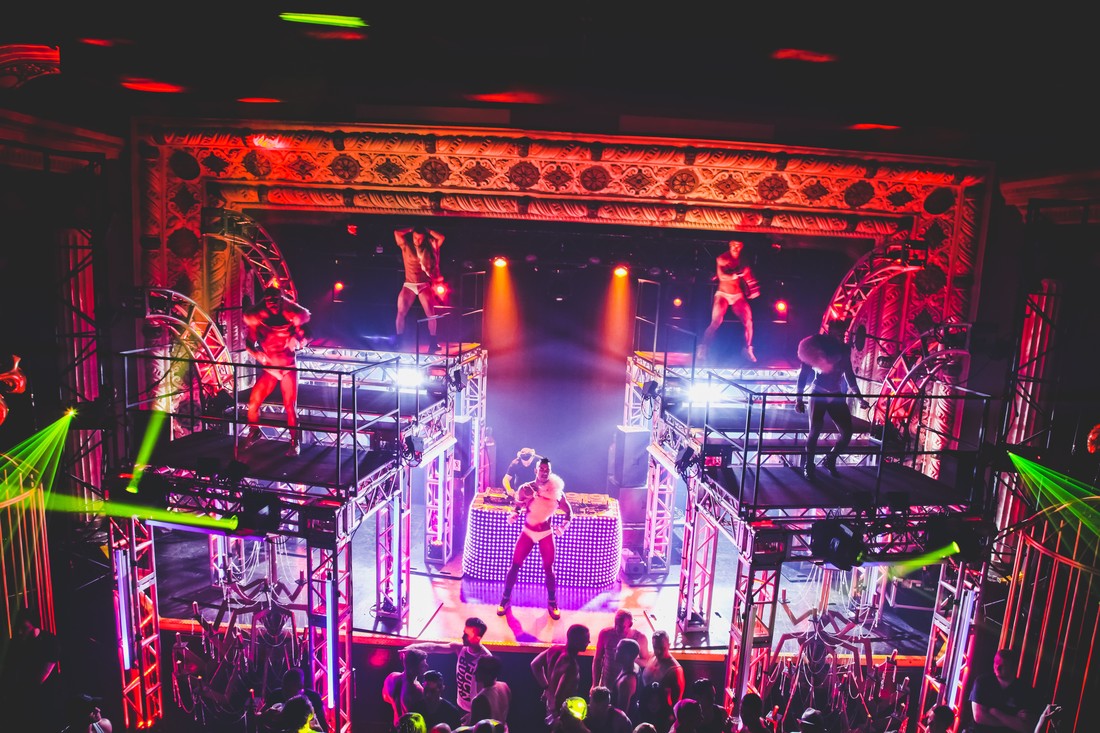 To celebrate its fourth anniversary, Chicago-based dance party producer Neverland is holding Neverland Pride 2016 – a three-day, three-party spectacle that will draw thousands from across the U.S. and beyond when the Windy City celebrates Chicago Pride weekend, June 24-26.

"We spent the past three years proving ourselves," said Anthony DiFiore, owner of Neverland Events. "First, we had to convince the locals that we were doing something innovative and exciting, and now people all over the country are catching on. I think this year you'll see a lot more people traveling here for Chicago Pride (weekend), which is something we've noticed at Purity Ball, Halloween, and our summer parties last year.

"The main difference (with the upcoming Neverland Pride) is we've replaced the Pride Pool Party with a GayGlow, (which is) one of our signature brands at Charlie's (in Lakeview) on Pride Friday. Because of an event at Wrigley Field, we had to move our Neverland Pool Party to July 4th weekend. But, we're doing a special GayGlow with a really big installation, and one of Los Angeles' most energetic, up-and-coming DJ's: Nando.

On Saturday, June 25, the fun and festivities kick off once again at 11 p.m., with "The Lost Boys" at Metro (3730 N. Clark St.), a two-story concert hall in Lakeview that boasts one of the finest stages in Chicago. The event will be a character-driven fantasy, featuring a massive set. Plus, Barcelona-based DJ Ivan Gomez will man the decks alongside Chicago's own Alexis-R.

"We all know Hook, Pan, Wendy, Tinkerbell, the Lost Boys, the alligator – they're engrained in us from a young age," DiFiore said. "What's so exciting is that our main event will be this giant storyline with all the memorable characters. It won't just be go-go dancers in matching costumes. This will be a performance that anyone who has ever seen a Peter Pan movie will be able to recognize.

"With the Peter Pan theme, Saturday night will just be a creative whirlwind."

Neverland Pride wraps up Sunday night, after that afternoon's Pride Parade, with a closing party at The MID (306 N. Halsted St.) – and the party will be headlined by international superstar DJ Paulo. Opening DJs Sean O'Hara and TVG will start the night at 10 p.m., with Paulo ultimately spinning until 4a.m.

"DJ Paulo is headlining our closing party, which is a huge honor," DiFiore said. "Last year I was there when he spun the Dallas Purple Party closing party, and it was the highlight of the weekend. I think a lot of people will stay through the whole weekend just to hear Paulo spin at The MID, which has one of the city's best sound and lighting systems.

"The cool thing about having three very different events is that people can plan their Pride weekend however they'd like. If they want to have three unique experiences, they can go to all the parties. If they just want to go out Saturday for the main event, they can do that. But we can guarantee that all three events will be special in their own unique way."

Neverland parties have quickly captured national attention, not just local appeal. Case in point, last December's Purity Ball – about 40 percent attendees who bought pre-sale tickets were from outside Illinois. "We're really humbled by the fact that people from around the country are following our events and traveling in to join the fun," DiFiore said. "When we produced Chicago Pride in 2013 and 2014, it was mostly locals. Well, we are now getting a lot of national press and buzz that's definitely increasing the size of the parties."

One thing is certain with all Neverland events: a special touch that producers promote, and deliver on. And an amazing attention to detail.

Last year, for instance, at the Bougie Ball, there was paper money confetti and organizers replaced all the rolls of toilet paper in Metro's bathroom with fake rolls of hundred dollar bills.

"We've always made it a point to appeal to everyone. Our team is made up of all races, shapes and sizes," DiFiore said. "I think some people are intimidated by the idea of a big LGBTQ dance party, but there are so many separate facets to enjoy. You can go for the music, for the boys, for the production/theatrics, or just to people-watch. I've been doing this a long time, and I've seen many converts who had once said, 'that's not my scene,' and then quickly changed their mind after attending. Especially Neverland at Metro; that's one of those unique events in Chicago that is really a game-changer."

Neverland Events has had a recent surge in notoriety thanks to its host Kim Chi's appearance on RuPaul's Drag Race. "The first time Kim did drag was at a Neverland party, and she quickly became our main host and a very close friend of mine," DiFiore said. "She's performed better than any Chicago queen on the history of the show. We're all so incredibly proud of her, and can't wait to have her back at Neverland events. In the meantime, there's a brilliant new generation of artists like Nico, Imp Queen, and Sara Andrews, who are setting the bar for Chicago drag."

For tickets and additional information, visit www.NeverlandPride.com. Pre-sale tickets, including $95 weekend passes to all three events (a $35 savings), are available now.