Jack'd sells 'No Bullies, No Bigots' tee with proceeds to benefit The Trevor Project 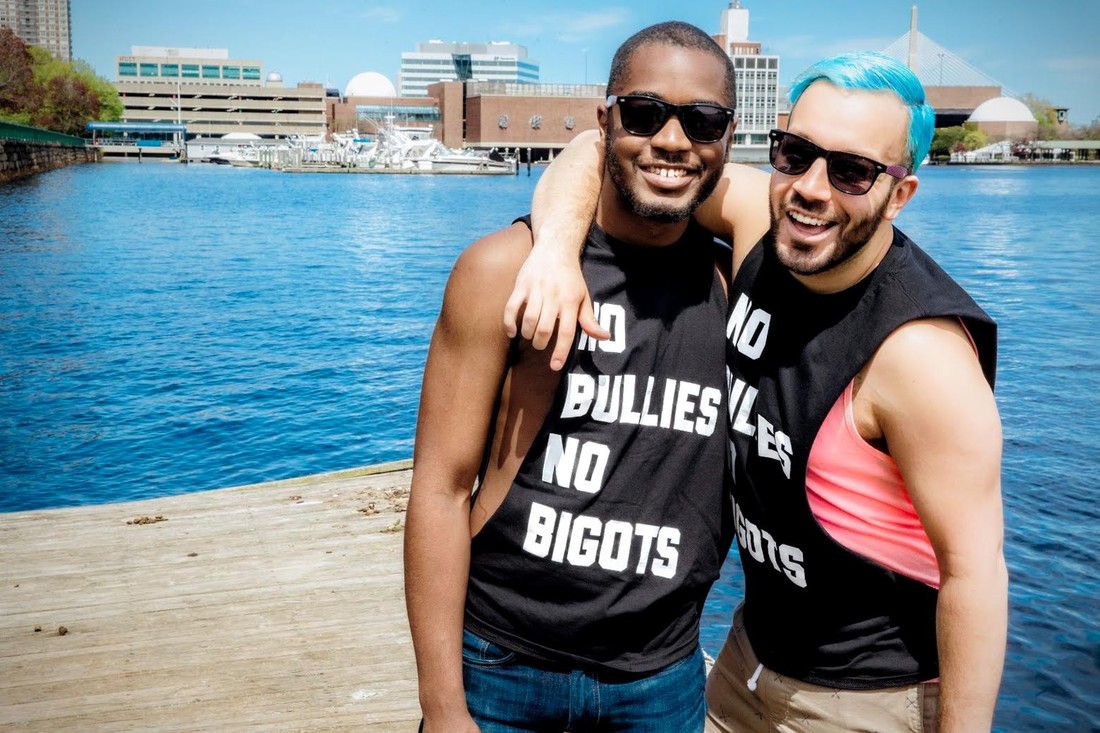 Gay dating app Jack'd is doing its part to #ChangeTheGame with a series of tees and tanks to counter the controversial 'No Fats, No Fems' t-shirt.

Last month, fashion brand Marek + Richard launched the new tee with the homophobic and fat-shamming message, which was met with intense backlash. The company later said the tee was 'satire' aimed to highlight the prejudice and discriminatory behaviors within the gay community.

In response, Jack'd has come out with a new 'No Bullies, No Bigots' design as well as a campaign titled #ChangeTheGame. Jack'd marketing director Kevin Letourneau explained in a statement:

"Gay men are three times as likely to have an eating disorder, twice as likely to be diagnosed with depression and anxiety, and suffer a suicide rate double those of other men. Words matter. They have consequences. That is why we were disheartened to see Marek + Richard perpetuate the toxic put-down, 'No Fats No Fems,' in their new line of apparel.

As the youngest, and most diverse community of gay men around the world, we see it as our responsibility to create a safe space to connect, and empower our generation to stamp out exclusionary phrases from our vocabulary once and for all.

We appreciate the conversation this has sparked, but retroactive satire is not enough. All proceeds from our new #NoBulliesNoBigots apparel will go to support The Trevor Project, an organization focused on suicide prevention for LGBTQ youth. For every purchase, Jack'd will commit a dollar-for-dollar matching donation.

Please show your support, and challenge all of us, both on Jack'd and throughout the gay community at-large, to respect our differences and embrace our uniqueness as individuals.

The new series of tees and tanks are now on sale with proceeds being donated to The Trevor Project, an organization focused on suicide prevention for LGBT youth.