Killer Margaritas and more served for 25 years at Cesar's 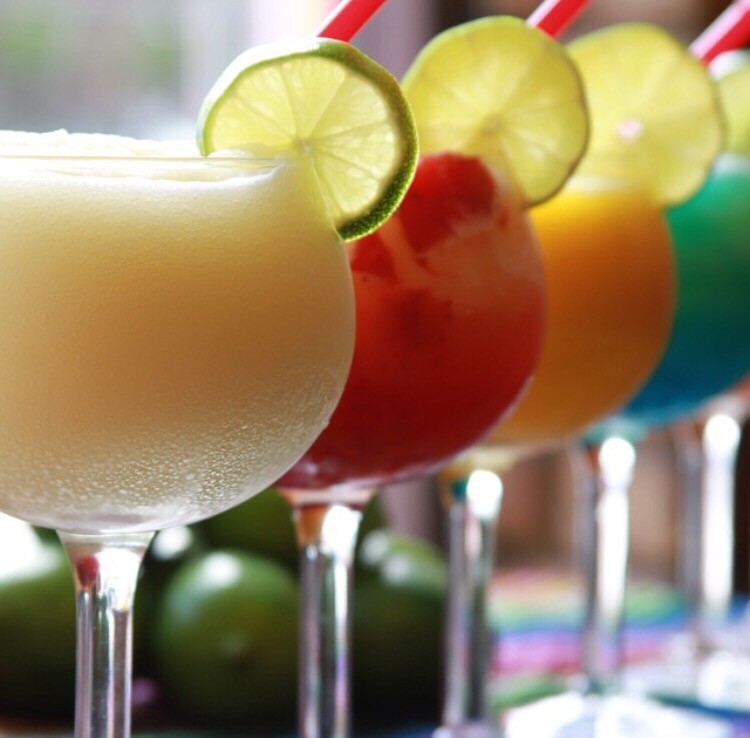 Pass the nachos and raise that chilled glass, filled with a Killer Margarita – it's time to toast Cesar's, the family-owned restaurant with two Chicago locations.

What ya going with, served frozen or on-the-rocks?

Maybe you want a seasonal flavor, or a splash of Midori or Grand Marnier.

Cheers to Cesar's 25 years at its original location, at 3166 N. Clark St., and 15 years at 2924 N. Broadway. The only real difference between the two is the layout. Otherwise it's the same menu, same recipes, same ingredients.

There's the Cadillac Margarita or the Orange Passion Pommarita. Of course there are mango, peach, banana, raspberry, strawberry, watermelon, and more margaritas.

"It's been quite a ride (with) plenty of ups and downs, that's for sure," said Israel Sanchez, the president of Cesar's, who works alongside his sisters (Sandy and Lulu) and his mom (Lourdes). "Dealing with every facet of running a business (has been a challenge), having to wear different hats on a needed basis. We can go from dealing with customers to dealing with a kitchen situation to becoming 'tech support' all in a matter of minutes."

Sanchez said opening the second location has certainly been a highlight.

And the key to their survival has been "consistency, resiliency, determination, (and) staying true to what got us here: great service, delicious food and of course, Killer Margaritas," he said.

"This 25th anniversary is bittersweet since he won't be with us to celebrate," Israel said.

But the Sanchez family and its countless customers over the years, with particularly strong support from the LGBT community, will celebrate with pride – and perhaps some carne asada, chili relleno, enchiladas or fajitas – on Thursday, March 3. Both Cesar's will host a Customer Appreciation Fiesta, featuring the restaurant's original menu and prices from 1991.

"My dad was very goal-oriented and very determined. Being complacent wasn't in his skill set. He always taught us to never settle," Israel said.

Cesar's has long been very supportive of the gay community, from sponsoring numerous teams in the Chicago Metropolitan Sports Association (CMSA) or a major role at the annual Pride Parade.

Sanchez estimated that at least 30 percent of his employees are LGBT.

Steve Kopp, who is openly gay, has been working at Cesar's for about 15 years and is the manager of The Broadway store.

Sanchez said his personal favorite dish is the Homemade Mole, accompanied by a mango on-the-rocks with salt margarita, aka, Killer Margarita.

Cesar must be happy, smiling.

"We were all really young -- Lulu was in grade school; Sandy and I in high school," when the first Cesar's opened, Sanchez said. "We worked after school, on weekends and holidays; it was just what we did," Sanchez said. "I still remember my dad not letting us have Fridays and Saturdays off because those have always been our peak days. We all had to learn every position within the restaurant since we started off with just a small space and we staffed it ourselves. As time passed, we became more popular and the demand for more space was growing and the storefront that was next door (at) 3168 N. Clark, (which was) Scenes Café, became available, so we expanded.

"Then, in 2008, another opportunity to grow even bigger came around (as) the space located to the south, 3162 N Clark, became available.

"We now cover the majority of the block (on) Clark."

Robert Sanchez and Christopher Kidd, both openly gay, have been loyal customers for more than 15 years. "They make Cesar's a can't-miss destination for all their out of town guests," Sanchez said. "Coming from Texas, they're expectations for good Mexican food is slightly higher than the average customer. We're lucky to call them family now after all these years, and they're invited to family functions on a regular basis."

Jesse Corona, who is also openly gay, is one of the Cesar's most loyal customers, a friend to the family – and the food – since 1991. "He's one of the best examples of what happens when you are part of the community – he's like part of the family," Sanchez said. "Our relationship with Jesse is a true testament to what Cesar's was built on."

And now Cesar's is building for the future.

"Cesar Castellanos came to the U.S. with a dream – to provide his family with better opportunities," Sanchez said. "Along the way, a restaurant was born. And through this restaurant he was able to put his family through school."

The Cesar's Scholarship Foundation was created to financially help students seeking the college dream, Sanchez said. The application process includes a 250-word essay describing their desire to continue their education. There is also an interview process that will take place, which will help prepare applicants for real-life situations, Sanchez said.

Truly, it's time to toast Cesar's.