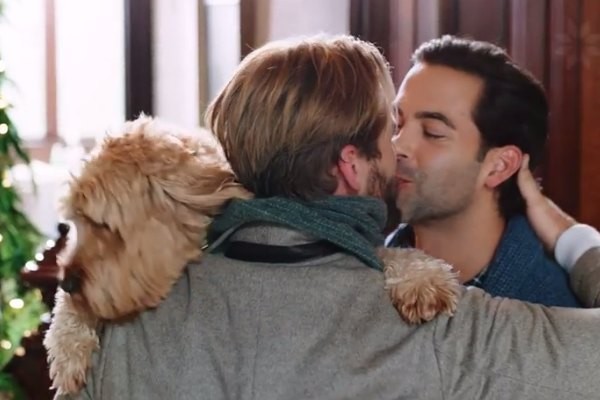 With Tom Rosenthal's single Go Solo playing in the background, an impeccably dressed man arrives home carrying his luggage and a Nordstrom bag. He picks up a dog happy for his arrival, then he shares a kiss and hug with another man.

"Where the gifts are. Nordstrom," a caption reads for the commercial, titled The Homecoming.

"[These shows] are generally watched by those who long for more innocent programming" and children, the site said.

A 15-second version of the ad posted on YouTube has been viewed more than 680,000 times with twice as many people giving it a thumbs up as those rating it negatively.