Steve Grand brings Seasons of Love to life in Rent on Dec. 1 in Chicago 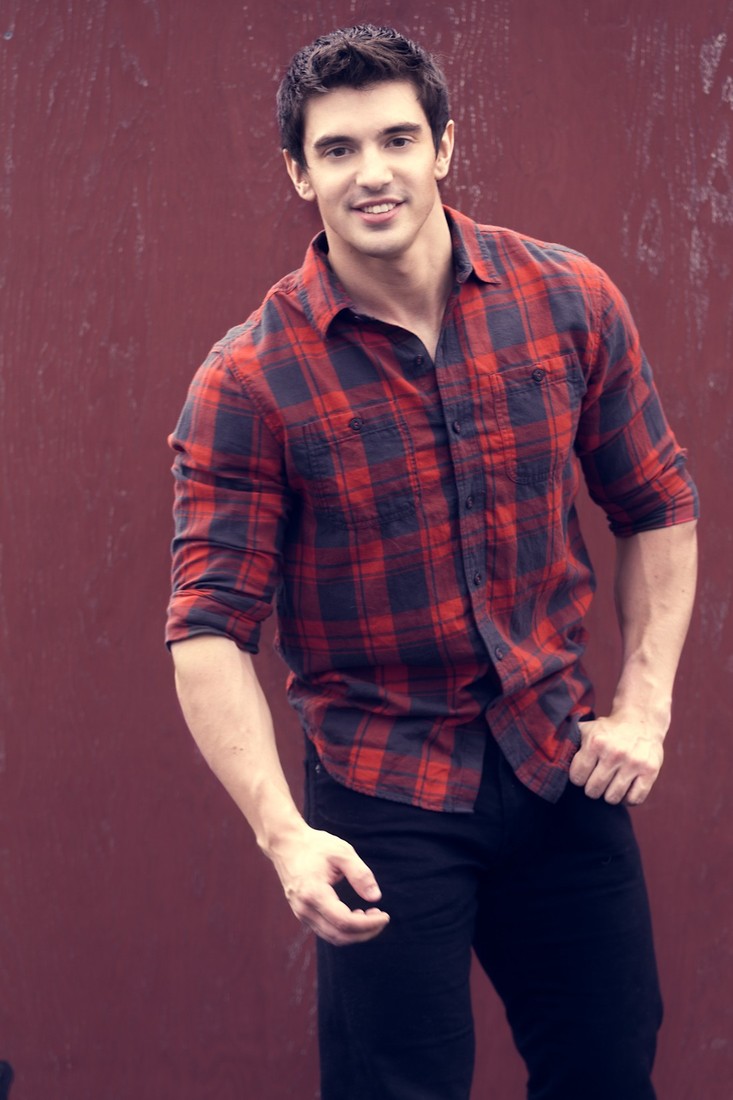 Chicago, IL - Peter Ruger read an article earlier this year about Steve Grand spending a day out on a boat on Lake Michigan with his Chicago friends, and then Ruger learned that the singing sensation hails from Lemont, Ill., and lived in Chicago.

The light immediately went off, sending Ruger into motion – he knew he had to reach out to Grand, to see if Grand would participate in a production of the legendary musical Rent, the first-ever show from Artists Giving Back—a new, local organization that will spotlight art in multiple forms, including music, dance, drama and visual. This Rent is set for World AIDS Day, which is Dec. 1, and the event is a major fundraiser for the AIDS Foundation of Chicago (AFC). Artists Giving Back is hoping to raise $15,000 for AFC through its production of Rent.

"I figured he'd be the perfect fit for our show," Ruger said. "I went to (Grand's) website and got in touch with his LGBT event rep, Linda Lewis. She got back to me because she liked the work we were doing, and (she) has been so wonderful to work with."

And yes, Grand is good to go for this Rent production, which will be held at the Athenaeum Theater (2936 N Southport Ave.), starting at 7:30 p.m.

"I honestly was expecting her to say that she liked what we were doing, but just wouldn't be able to book Steve for it," Ruger said. "It was a really nice surprise to get (the Grand confirmation) that day."

But then there was a tricky part – what would Grand's involvement be, especially given Grand's busy touring schedule which, consequently, meant limited time for him to rehearse with the rest of the cast.

The Seasons of Love male solo is the perfect fit for Grand, Ruger said.

And that's exactly what Grand is doing.

"Seasons of Love is one of the most popular numbers in the show and having Steve as our soloist will make an amazing moment," Ruger said.

Grand is excited for the role, and will be at the group's last couple of rehearsals to get folded into the cast – and he also has retweeted several Tweets about the event.

"I believe in the work (that) Artists Giving Back is doing for (the) AIDS Foundation of Chicago, and am thrilled to be one of featured artists for the event."

Ruger, 28, who grew up in Oak Park and now lives in Lakeview, said he was "inspired and passionate" the first time he saw Rent – as a college student. The second time, too. And even the 13th time. Yes, Ruger saw Rent 13 times in theaters.

Ruger will be singing as one of the ensemble members of the show.

"It's definitely a good selling point for the show and having a celebrity involved definitely puts the show on a different level," Ruger said. "We're a new not-for-profit, so having someone of Steve's talent and prestige involved in our first show is very exciting."

Grand's loyal legion of fans are thrilled, too. In fact, the first two tickets sold were to Grand fans.

And yes, there is an opportunity to meet Grand, even snap a selfie with the media star. Grand will attend the after-party, which will be held at Progress Bar, and the bar is providing a photographer to take pictures of Grand and fans, which can be downloaded from the Progress website.

"The most inspiring thing about this whole process has been seeing all the amazing people that we've brought onto our team come to the project because of their belief in raising money for the AIDS Foundation and bringing Rent to life to celebrate World AIDS Day," Ruger said. "Having a rising star like Steve involve himself with the project is inspiring and makes me believe that even though we're a scrappy new non-profit we can do anything we really believe in."

Rent is expected to draw about 700.

"It's going to be an amazing show and an amazing experience," Ruger said. "Our cast and production team are both so incredible and really represent some of the best of what Chicago has to offer when it comes to talented artists who love what they do and believe in using their gifts to help others."