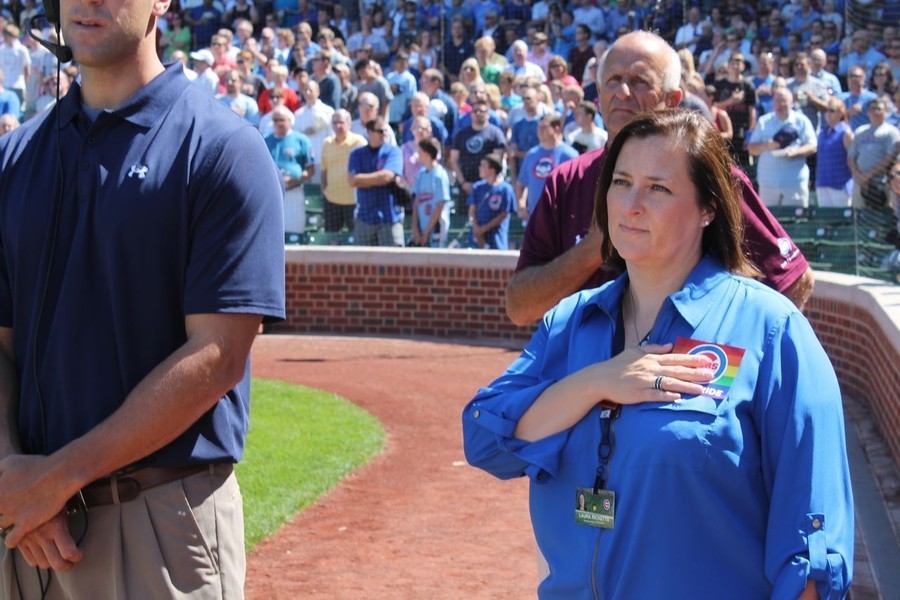 laura ricketts attends 'out at wrigley', 2014

Laura Ricketts, a co-owner of the Chicago Cubs, and Brooke Skinner, a brand strategist for Twitter, exchanged vows with Pete Ricketts in attendance, the Omaha World-Herald reported.

In appealing a federal judge's ruling striking down the ban as unconstitutional, Ricketts said that the issue should be left to the voters, not an "activist judge."

"The definition of marriage is an issue for the people of Nebraska, and an activist judge should not substitute his personal political preferences for the will of the people," he said at the time.

The Eighth Circuit Court of Appeals has since decided to set aside the case, along with three other same-sex marriage cases, pending an upcoming ruling by the Supreme Court in a similar case.