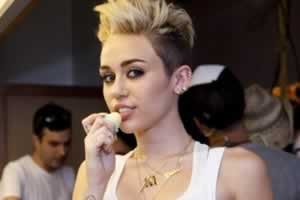 Many are wondering whether Miley Cyrus has come out bisexual after saying that she's dated both men and women.

The 22-year-old singer told the AP last week that not all of her past relationships have been "straight, heterosexual" ones.

Speaking with Time, she elaborated: "There are times in my life where I've had boyfriends or girlfriends."

"I'm not hiding my sexuality," the Wrecking Ball singer added. "For me, I don't want to label myself as anything. We love putting people in categories, but what I like sexually isn't going to label me as a person."

Cyrus has previously shared photos of herself kissing both men and women.

Last week, she announced the launch of the Happy Hippie Foundation to help homeless and LGBT youth.