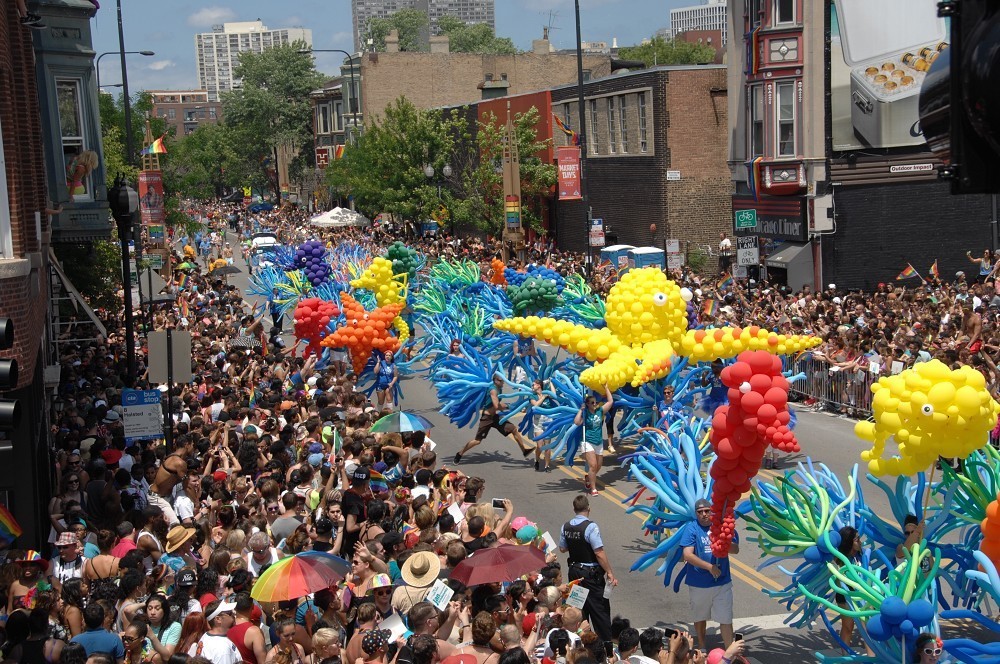 Sources: Chicago Pride Parade will stay in Boystown for 2015

Chicago, IL - The Chicago Pride Parade will apparently be staying in Boystown for 2015, a source has told ChicagoPride.com.

Tunney's office said a decision was expected this week, but multiple reports - including DNA Info - suggest the parade is staying in Boystown.

Conversations about moving the annual parade from the North Side to Grand Park began after more than 1 million people lined the four-mile parade route last June, causing some to question if the event had outgrown its home in Boystown.

"The Pride Parade is a part of Lakeview's tradition but we need a larger police presence after the parade that reflects the size of the crowd and keeps our residents safe," Tunney said in September when he released results of a community poll on whether to move the parade downtown.

The survey indicated a majority of Lakeview residents wanted the parade to remain in Boystown. Nearly one-third of respondents said a stronger police presence would make the post parade experience better.

The parade route was changed in 2012 - for the first time in 25 years - to extend into the Uptown neighborhood due to the large number of people crowding into Lakeview.

Boystown business owners and community leaders have argued that the parade is vital to the neighborhood from a cultural and social perspective.

"If we were to move the parade out of that community, we would lose a lot more than some beer that wouldn't be sold," Sidetrack owner and co-founder of Equality Illinois Art Johnston said last June.

The 45th annual Chicago Pride Parade is slated for Sunday, June 28. An official announcement from Pride Chicago, the parade organizers, is expected soon.