Apple CEO Tim Cook: 'So let me be clear: I'm proud to be gay' 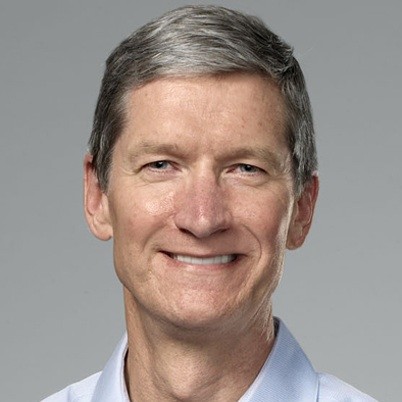 Apple CEO Tim Cook announced Thursday that he is gay, making him one of the most high-profile business leaders to come out.

"I'm proud to be gay, and I consider being gay among the greatest gifts God has given me," Cook wrote in an essay published in Bloomberg Businessweek.

The 53-year-old Cook, who has remained private about his sexuality, was ranked by Out magazine at the top of their "Power 50" list in 2011. Gawker has called him "the most powerful gay man in Silicon Valley."

"I don't consider myself an activist, but I realize how much I've benefited from the sacrifice of others," he added. "So if hearing that the CEO of Apple is gay can help someone struggling to come to terms with who he or she is, or bring comfort to anyone who feels alone, or inspire people to insist on their equality, then it's worth the trade-off with my own privacy."

Cook grew up in Robertsdale, Alabama. He has worked at IBM and Compaq before joining Apple in 1998. He has been running the company since Steve Jobs took a medical leave in 2011.

Recently, Cook criticized his home state of Alabama for its lack of progress on LGBT rights, including marriage equality.

"Part of social progress is understating that a person is not defined only by one's sexuality, race or gender," wrote Cook. "I'm an engineer, an uncle, a nature lover, a fitness nut, a son of the South, a sport fanatic and many other things."

"Tim Cook's eloquent statement reinforces what we call the 'return on equality.' His character and truthfulness are traits that tend to shape corporate performance, especially among equality-minded corporations like Apple. Put simply, Cook's example mirrors Apple's own commitment to global equality," said John Roberts, a partner at Denver Investments and founder of the Workplace Equality Index.

Roberts also noted that Apple is among the 164 U.S. companies that appear in the Workplace Equality Index, an innovative stock market benchmark that educates investors about the performance of corporate leaders in LGBT equality.