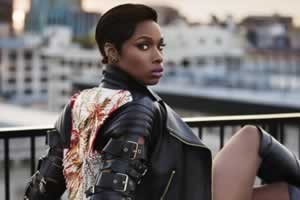 Singer Jennifer Hudson has credited the gay community for shaping her career.

The 32-year-old Hudson told Michigan gay weekly PrideSource that she isn't sure she would have a career in the music industry without the gay community.

"That's why I recently did a couple of gay clubs, and I wanted to do more because that's where I started," she said. "I was just literally looking at old pictures a few minutes ago, and I saw a picture of me performing in a gay club and a picture of being dressed. Drag queens used to dress me, and then I would go and perform. That's where I started, so there's definitely a connection there. I wanted to make sure that I reconnected."

"People were like, 'Is Jennifer trying to tell us something?' Hey, I wasn't, but if you wanna think that, it's all right with me," she said. "When I got The Call [to do that performance], I was like, 'Oh my god, I definitely wanna do this. A powerful statement is being made and I wanna be a part of that.'"

Related: In May, Jennifer Hudson told ChicagoPride.com, "I always say it was the gay community that loved me first." (Read the interview)