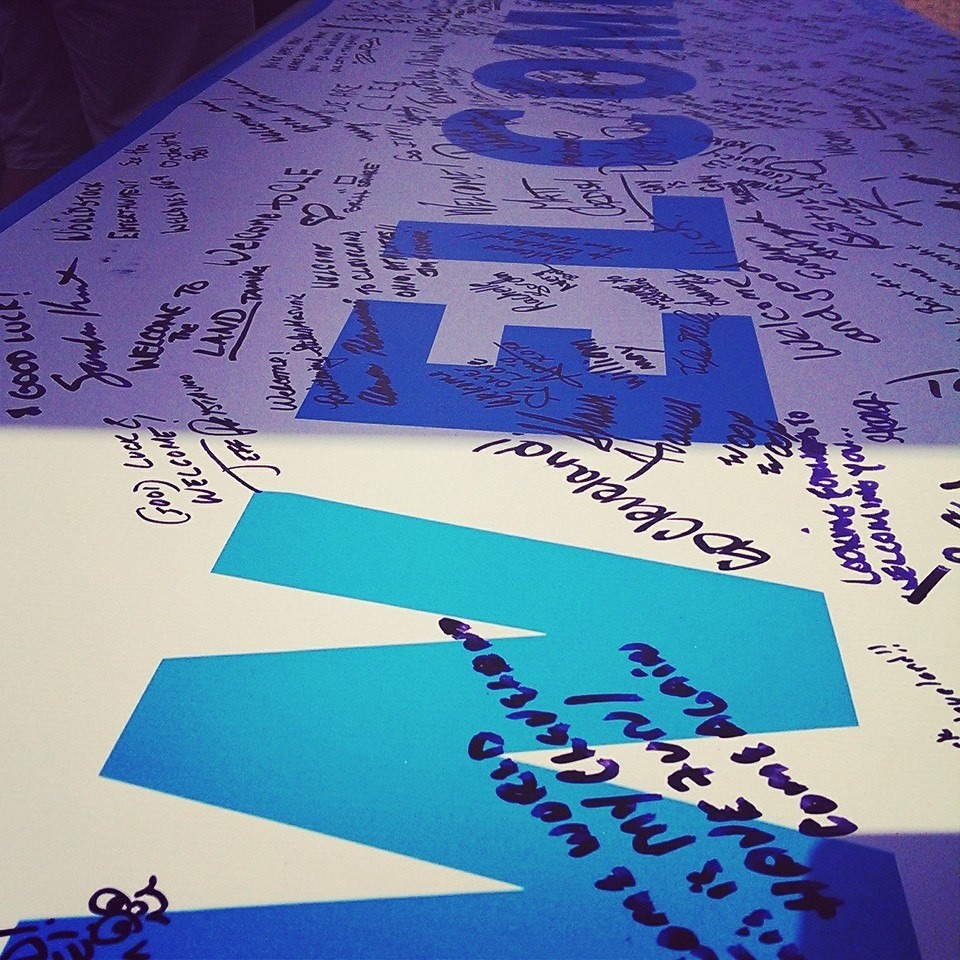 photo credit // facebook/gaygamescleveland
Cleveland, OH - About 12,000 are expected Saturday at the opening ceremonies for Gay Games 9 at Quicken Loans Arena in downtown Cleveland.

"This will be a smaller Games than Chicago or Cologne, Germany [in 2006 and 2010, respectively], but [with] as much excitement," Gay Games 9 event director Rob Smitherman told Windy City Times. "I can tell you, Opening Ceremony is going to have more energy [than Chicago or Cologne] because we're not [holding the event] in arenas that seat about 60,000," as was the case in Chicago and Cologne. The Chicago opening ceremony was held at Soldier Field.

The opening ceremony will offer a star-studded line up of entertainment, featuring singer, dancer, and radio host Lance Bass, Broadway actress Andrea McArdle, and the legendary Pointer Sisters. Alex Newell, best known for his role on Fox's Glee, will join McArdle for a tribute to Gay Games participants in a Broadway-style musical number. Olympic champion and LGBT advocate Greg Louganis will make a special appearance during the ceremony.

About 8,000 people have registered to participate in more than 35 events, which include traditional sports like track and field and basketball and non-traditional ones, such as rodeo and ballroom dancing. The participants come from 51 countries and 48 states.