In The Know … On The Go: Pride Edition 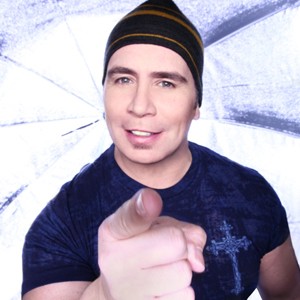 The Run Up To Pride:

Before heading over to "Showtunes" @ Sidetrack on Monday, June 23, be sure to first check out the "Pride & Joy Reception" by the Gay and Lesbian Hall of Fame @ Circuit Night Club. The $10 admission gets you a light buffet, entertainment & a DJ starting @ 6pm. Earlier in the day @ noon is the "6th Annual City of Chicago Salute To LGBT Veterans" downtown in Daley Plaza.

The evening of Wednesday, June 25 finds "Hairspray" being screened outdoors @ Hollywood Beach starting at dusk (approximately 8:30pm). Later that night the drinks will be cheap, and so will the chicken, at Spin Nightclub's "What The F*%k Wednesdays" with $1 well drinks and DJ Chris Eterno. Meanwhile there will be lots of flashbacking to the days of polyester and platforms at "Disco Obsession" w/ DJ Pervy @ Berlin.

Chicago Gay Men's Chorus will be presenting their "The Boys are Back in Town!" concerts at the Lake View Presbyterian Church (716 W Addison) throughout the weekend. Admission is $25 with performances slated for Thursday, June 26 @ 8pm; Friday, June 27 @ 8pm; and Saturday, June 28 @ 3pm & 8pm. Singing of the solo cabaret variety can be found at 3160 and Cornelia's in Boystown and at Davenport's Piano Bar and Cabaret in Wicker Park.

ChicagoPride.com and 103.5 KISS FM continues the "I'm Too Sexy" bar tour, this Thursday, June 26 stopping at Hydrate Chicago from 9pm - 11pm. Ronnie Kroell from Bravo's "Make Me a Supermodel" will guest host with DJ Nina Chantele from KISS FM.

Sunday, June 29 brings the "39th Annual Pride Parade" coordinated by PRIDEChicago. Grand Marshal this year is military veteran and activist Eric Alva. Step off from the Halsted/Belmont corner is @ 12noon, proceeding north on Halsted (to Broadway); then south on Broadway (to Diversey); then east on Diversey (to Cannon Drive). Of the various floats in the Parade, be on the lookout for the Fusion Radio Chicago entry w/ award-winning singers Jenna Drey and Jenn Cuenta on-board. If you're looking for a fun vantage point from which to watch the festivities, check out the "Parade Party" @ Cesar's on Broadway (2924 N. Broadway) sponsored by ChicagoPride.com w/ DJ Plez providing the soundtrack.

What to do after the Parade? Well, there's the annual "Girlblast" benefit party ($12 cover) in the Ann Sather Restaurant parking lot, 929 W. Belmont. There will be guest DJs & food available. On the other side of the "L" tracks DJ Greg Haus will get things grooving at Berlin Chicago starting at 4pm. If your feeling particularly amorous head on over to the "Pride ‘N Seek Lights Out Play Party" @ Steamworks which begins @ 4pm. And if you just feel like dancing with at least some of your clothes on then head north to Kinetic Playground (1113 W. Lawrence) which is having a Post-Parade "Super Secret Make-Out Party" presented by Music-101 w/ DJs Derrick Carter, Michael Serafini, Ron Carroll, and more. The fun there also begins @ 4pm.

This article was originally published in Boi Magazine and provided in partnership with www.boimagazine.com.