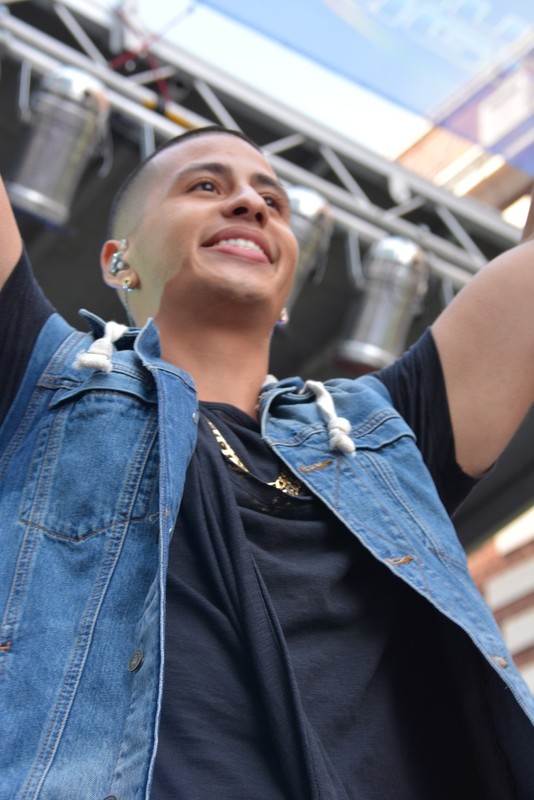 photo credit // ken brown
view the full gallery
With his successful stint on The X Factor officially wrapped up, Chicago-native Carlito Olivero returned home to his old stomping grounds and a performance at Chicago Pride Fest.

Olivero was first featured on camera during the MTV reality series Making Menudoin 2007, and was featured in the Latin boy band Menudo until 2009 with songs like "Lost" and "More Than Words."