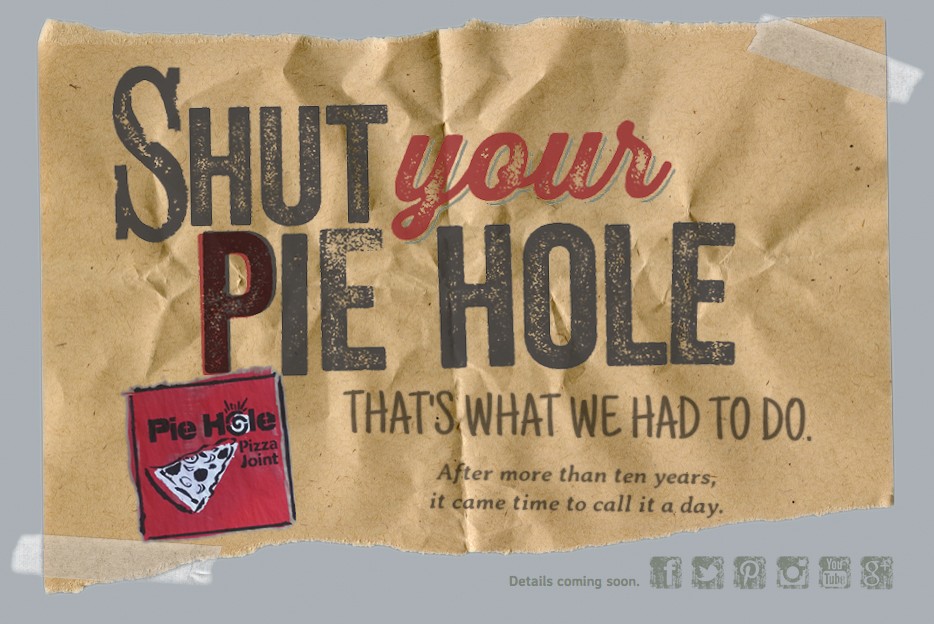 Brandt: ‘The time came for us to shut our Pie Hole’

"The rumors are true, folks: the time came for us to shut our Pie Hole. Thanks for the memories and lessons," Brandt posted on the company's Facebook page.

On June 16, Brandt told ChicagoPride.com that once The Broadway location closed, equipment and supplies would be consolidated and moved to the Andersonville location. But, in his Facebook post Brandt explained, "events and circumstances made it necessary to throw in the towel early."

He continued, "We were certainly hoping to hang out for the duration of the month, especially looking forward to being open for the parade -- a financially helpful time of the year. But in the end, we made the difficult decision to cut our losses rather than risk the chance that things could possibly get any worse for the employees, for the company, and for the brand. We intend to post the full 'story' in the next couple days. Until then, got some shuttin' down to do."

Questions about the future of the Clark Street location began last week after a sign was posted to the Pie Hole door from the Illinois Department of Revenue stating that their business license had been revoked.

In 2012, Pie Hole's Boystown location was temporarily shut down by the City of Chicago for licensing and tax issues.

Pie Hole Pizza Joint, first located at Roscoe and Halsted, has been a fixture in Chicago's LGBT community for 10 years. In 2010, Pie Hole moved to 3477 N. Broadway after the restaurant's lease at 739 W. Roscoe was not renewed.

Brandt worked hard to put Pie Hole on the map. One of his most exciting emphasis was on social media marketing - the series of ads and posts that took full advantage of the suggestive name of the pizza joint.

"Shut your Pie Hole, that's what we had to do," is the simple message remaining on the company website.