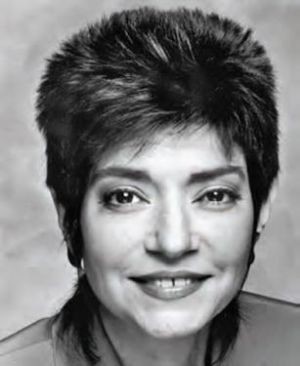 "I'm excited to work at such a life-affirming organization as TPAN, and to interact with a truly dedicated board and staff," Abbate told ChicagoPride.com. "My task is to get TPAN ready for the new permanent executive director."

Abbate will provide the organization and board of directors with support during a nationwide search for a permanent CEO. Jeff Berry, Director of Publications, was previously serving as interim CEO after Bill Farrand resigned from his position on Sept. 27 for both personal and professional reasons.

"We are extremely lucky to have the dedicated staff we have at TPAN," said Board Chair Joel Bosch. "The board would like to extend a special thanks to Jeff for stepping up during a critical transition and to welcome Nancy to the TPAN team."

According to a press release issued March 17, Abbate comes to TPAN with experience in fundraising, board and volunteer training, public relations and legislative/governmental relations. She will focus on staff, services to clients, enhancing resource development and the production of Positively Aware, the agency's national HIV treatment journal.

Additionally, the organization announced that planning for the 2014 Ride for AIDS Chicago (RFAC), July 12–13, is underway with 300 riders, 70 crew members and more than $151,000 in secured sponsorships and donations to date. RFAC is already $23,000 ahead of last year's numbers at this time, and registration is up by 160%.

TPAN was founded in 1987 and specializes in HIV/AIDS treatment information, support services and prevention.