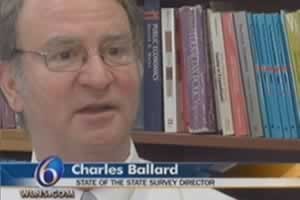 A majority of Michigan residents support gay marriage, a new poll has found.

Results are in line with a similar State of the State survey the university conducted in 2012. That poll reported slightly higher support, 55 percent, and higher opposition, 39 percent.

Opinions have shifted dramatically in the state. In 2004, the year Michigan voters approved a constitutional amendment defining marriage as a heterosexual union, a Glengariff survey found support at only 24 percent.

"Support for gay marriage has increased in the last 20 years, in Michigan and across the country," Charles Ballard, MSU economics professor and director of the survey, said in releasing the poll's results. "In Michigan, it appears that the period between 2010 and 2012 was the critical time when public opinion shifted most dramatically in favor of gay marriage. Since the results in 2012 and 2014 are fairly similar, these results suggest that the increase in support for gay marriage is a long-term phenomenon and not just a temporary one."

Pollsters asked for the first time whether gays should be allowed to adopt children. A majority (nearly 59%) of respondents agreed, while 33 said they were opposed.

A lesbian couple's lawsuit to allow them to jointly adopt three children was expanded last year to challenge Michigan's marriage ban. A judge in Detroit is expected to conclude a two-week trial on Thursday.