Boystown's Replay named one of the 'Best New Bars in Chicago' 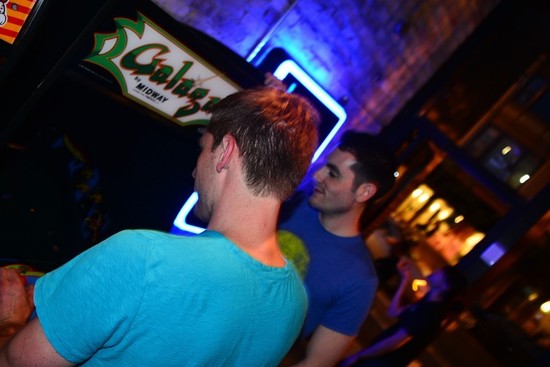 Mark Liberson turns Buck's Saloon, one of the oldest bars on Halsted, into a popular Boystown hotspot.

Chicago, IL - In its recently released February 2014 issue, Chicago Magazine named Replay Beer & Bourbon one of the Best New Bars in Chicago. Opened this past May, Replay is the latest endeavor by Mark Liberson, who also brought the popular late-night dance spot Hydrate Nightclub, Halsted's Bar and Grill and the upscale cocktail bar Elixir Lounge to Boystown.

"We had no idea about our inclusion [in the list] and found out about it when I began getting emails and messages from friends congratulating me... my immediate reaction was immense pride for our team," Liberson told ChicagoPride.com. "Sean Kotwa and our management team have all worked so hard and really wanted to create something special when we opened Replay."

All eyes were on Liberson last spring when he took over the space belonging to Buck's Saloon, one of the oldest bars on Halsted, which closed its doors in April. Liberson's vision for the space at 3439 N Halsted was a fun, comfortable neighborhood bar featuring craft beers and speciality bourbons as well as fun, vintage video games. Somewhere the bartenders were friendly, the prices reasonable and the atmosphere attitude-free. More than six months later, his dreams have become reality.

"Replay is a very comfortable place to have fun with friends, from the free popcorn and vintage video games to the great bourbon and beer selections, we work hard to make people feel welcome from the moment they walk in the door," Liberson said.

Replay's tap offers 24 of "the best and most interesting beers from small breweries around the country" to accompany an ever-growing list of bourbons and nearly two dozen classic arcade games ranging from Pac Man to Mortal Kombat. The small, but smart bar buzzes with activity all week long and especially so in the summer when patrons congregate around the fire pits on its back patio.

Liberson himself can often be spotted at Replay, especially after Sunday brunch at the neighborhood Halsted's, enjoying a beer with friends and other professionals of Boystown's Industry who congregate at what the community has collectively deemed a popular watering hole.

"The community reaction to Replay has been great! I love when people find out that I own Replay and tell me that we have become one of their favorite bars in Chicago," Liberson said.

"Since we opened we have been thankful for the community's response to the place and have heard from so many how much they enjoy going to Replay, but it was very exciting to learn that Chicago Magazine also saw us as one of the best in the city," he continued. "As a bar owner, it means a lot to be acknowledged by their critical team for creating something worth visiting in a city with so many amazing options."

Liberson attributes a lot of his success at Replay to his "amazing staff" as well as many lessons learned when he opened Elixir, also named one of Chicago Magazine's Best New Bars, two years earlier. His current project is a major remodeling of the popular dance club Hydrate, the first since it opened its doors back in 2003.

"We look forward to continuing to improve the offerings available for people to enjoy when visiting our street," he said. "We truly believe that it is important to invest in your community, not only through the support of charities and sports teams, which we do, but also through your investment in creating great venues for people to enjoy and employing people who will make your guests feel welcome and appreciated."

Hydrate Nightclub is set to unveil its new face on February 7. For more information about Replay Beer & Bourbon, stop by 3439 N Halsted for a drink and a round of Pac Man, or check out their Facebook page.