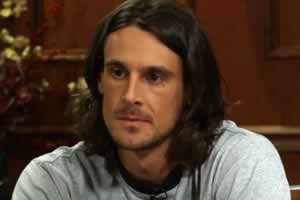 Former Minnesota Vikings punter Chris Kluwe says he has no regrets about speaking out in support of gay marriage, despite his claim that it cost him his NFL career.

In 2012, Kluwe called on Minnesota voters to reject a proposed constitutional amendment defining marriage as a heterosexual union. After the referendum was defeated, Kluwe helped rally support for lawmakers to approve a law allowing gay couples to marry in the state.

He was cut from the team last year.

In a scathing op-ed published earlier this month, Kluwe said that he was fired from the team by special-teams coordinator Mike Priefer, whom he called a "bigot," and two "cowards": then-head coach Leslie Frazier and general manager Rick Spielman.

During an appearance CBC Radio's Q, Kluwe said that he had witnesses to back up his account of events but worried that teammates who stepped forward would be ousted from the NFL.

"These are guys who are still playing in the league," Kluwe said. "And, if what I'm saying is true, which I believe to be true since I have witnesses backing it up, that they have to worry about their careers. They have to worry about, 'Okay if this guy got drummed out of the league, then that could potentially happen to us, if we get tarred with that same brush.'"

When asked if he had any regrets, Kluwe answered: "I'm sad that it had to come to this, but at the same time I don't regret anything, because it was definitely worth standing for."