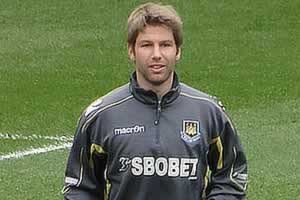 "I'm coming out about my homosexuality because I want to move the discussion about homosexuality among professional sportspeople forwards," Hitzlsperger told German daily Die Zeit.

Hitzlsperger said it was "a good time" to come out.

He said that he only realized "in the past few years" that he would "prefer to live with another man."

"I've never been ashamed of the way I am," he said, but added that he feared the locker room.

"Just picture 20 men sitting around a table together drinking – you've just got to let the majority be, just as long as the jokes are halfway funny and the talk about homosexuality doesn't get too insulting," Hitzlsperger said.

His former team, Aston Villa, offered its support on Twitter: "Everyone who knows Thomas from his time here at Villa has great respect for him, not only as the fine player he was but also as a man."

Hitzlsperger retired last fall at the age of 31.