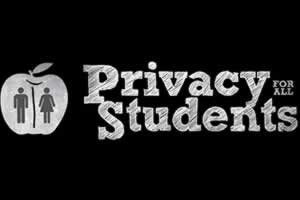 Sacramento, Calif. - The coalition of conservative groups behind an effort to repeal California's first-in-the-nation transgender student law said Sunday that it had collected enough signatures to qualify for an initiative that seeks to repeal the law.

The law, AB1266, requires public schools to allow transgender students access to the restroom and locker room of their choice. Those students can also decide what sports they want to play.

Frank Schubert, the political strategist behind anti-gay marriage campaigns from California to Maine, told the AP that Privacy for all Students submitted 620,000 signatures – 115,000 more than required – to qualify the issue for next year's ballot.

"Many people said we had no chance to collect over half a million signatures in just 90 days, but we have proven them wrong by gathering over 115,000 more signatures than the minimum needed," Gina Gleason of the group Faith and Public Policy said in a statement.

The law, which takes effect January 1, was signed by Democratic Governor Jerry Brown in September.

John O'Connor, executive director of Equality California, the state's largest LGBT rights advocate and a co-sponsor of the law, said that protecting the law was his group's highest priority.

"[W]e will put everything we've got into it," O'Connor said.

Schubert, who helped organize the signature gathering effort, is also the political director of the National Organization for Marriage (NOM), which endorsed the repeal effort last month.

Referring to AB1266 as the "bathroom law," NOM President Brian Brown said that it is "a horrible attempt by activists to strip society of all gender and uses children as a weapon in their culture war."

"The National Organization for Marriage fully supports the efforts of the Privacy For All Students coalition to repeal this dangerous law. Opening our most vulnerable areas at school including showers, bathrooms, and changing rooms to members of the opposite sex is politically-correct madness that risks the privacy and security of our children and grandchildren," Brown added.