Will Illinois leave gay couples at the altar? 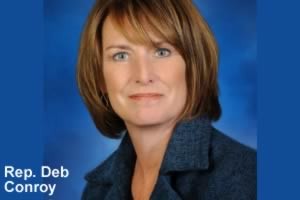 Chicago, IL - Illinois lawmakers returning to work on Monday are being lobbied by gay marriage supporters to approve a stalled marriage bill this week.

Illinois Democrats first passed on the bill during last year's fall session. Supporters said they simply ran out of time to debate the measure.

The Illinois Senate approved the bill on Valentine's Day. The House decided to table it until the fall.

But increasingly Democrats have signaled that the issue won't come up during the short session.

For one, they say that a vote this week would leave lawmakers open to primary challengers – something opponents have pledged to carry out. The session's November 7 end leaves sufficient time, three weeks, for opponents to mount primary challenges against House members who vote for gay nuptials.

Rick Garcia, policy director of The Civil Rights Agenda, told the Chicago Tribune that the political calendar was likely to make marriage a non-starter during the session.

"That's what the holdup is," Garcia told the paper.

Additionally, Representative Greg Harris, a Democrat and the bill's champion in the House, has refused to announce a vote count.

Late last month, Representative Deb Conroy, a Democrat from Villa Park, announced her support for the marriage bill, making her the first House member to do so since May.

"This is the right thing to do," she said. "We have waited too long. I think it's the civil rights issue of our time and we need to move past this."

Rep. Al Riley, an Olympia Fields Democrat, and Rep. Emanuel Chris Welch, a Hillside Democrat, each told the AP this week that they would vote "yes" on the legislation.

Illinois is facing mounting pressure to act. Following a Supreme Court ruling striking down a portion of the Defense of Marriage Act (DOMA), gay couples in a marriage can access federal benefits, but those in a civil union cannot. That ruling was a game changer in New Jersey, which, like Illinois, had adopted civil unions.

Harris could decide to once again table the bill until January.