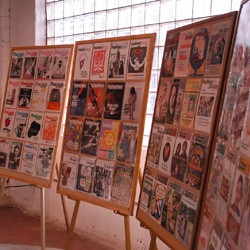 "We wanted to create a celebration where our guests could enjoy each other's company in an open atmosphere," said TPAN Special Events Manager Rhett Lindsay. "The space also gave us a blank canvas, which allowed us to be more creative in choosing décor and entertainment for the space."

Community volunteer Robert Eisenberg and TPAN board member Swarup Mehta were co-chairs of the event, which will featured a special exhibit highlighting TPAN's 20-year evolution, including Positively Aware covers dating back to 1990 and a short film by Tobin Del Cuore about the TPAN staff.

"The level of participation from our co-chairs, entertainers, artists, board of directors, sponsors, staff and volunteers, is one to be commended on many levels," said TPAN's Executive Director Rick Bejlovec. "Our 20th Anniversary Celebration resembled the success in our agency and the growth we've achieved in reaching out to people living with HIV locally and nationally. We're very proud of the success this event has brought to our agency as well as our cutting-edge programs, magazine and advocacy."