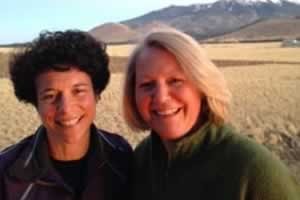 Little Rock, AR - A teacher at a Roman Catholic school in Little Rock, Arkansas was reportedly fired after she married her female partner of 14 years.

Chad Griffin, president of the Human Rights Campaign (HRC), the nation's largest LGBT rights advocate, will hold a press conference in Little Rock on Tuesday to discuss the firing.

Shortly after Tippi McCullough and Barb Mariani tied the knot in New Mexico, McCullough, who has taught English at Mount St. Mary Academy for 15 years, received a phone call from the school principal, who reportedly offered McCullough the option of resigning her post or be fired.

According to Griffin, McCullough resigned.

Karen Flake, president and CEO of Mount St. Mary Academy, strongly suggested in a statement given to CBS affiliate THV11 that McCullough had indeed been terminated over her marital status.

"Out of respect for the privacy interests surrounding our personnel, we cannot discuss details about confidential personnel matters unless the employee gives us permission to discuss these matters," Flake said. "Given that we are a Catholic school, we adhere to the teachings of the Catholic Church and have a responsibility to provide a solid Catholic formation for our students. Sometimes adherence to these teachings may be difficult and/or unpopular. However, our mission and core values as a Catholic school require that our actions be aligned with what we believe and teach."

HRC has launched a petition calling on the school "to commit to ending discrimination against the school's LGBT employees and to apologize for the way Tippi was treated."