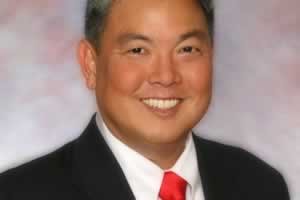 Last month, Democratic Governor Neil Abercrombie called a special session to consider the proposed legislation, setting up the possibility that Hawaii could become the 14th state to allow gay and lesbian couples to marry by November 1.

The session, expected to last 5 days, is scheduled to begin October 28.

"There have been few issues that I have grappled with more than same sex marriage in Hawaii," Takai said in a statement given to the Hawaii Reporter. "I have wrestled with my thoughts, my values, my faith and what I believe to be the best way forward. The world has changed – and so have I."

"There are no good reasons to continue to prevent every Hawaii resident from exercising his or her right to marry the person he or she loves."

He concluded: "It's time that laws in Hawaii reflect the Aloha spirit and I will join with the majority in the State House to pass the marriage equality bill."