Steve Grand says Christian therapist warned him against being gay 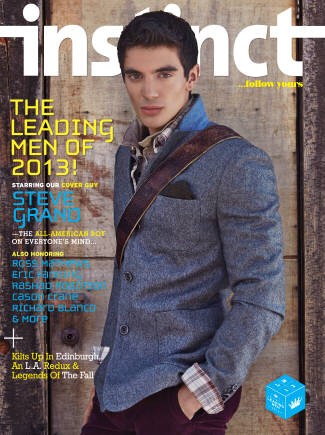 Steve Grand to perform at March On Springfield, Oct. 22

Singer-songwriter Steve Grand has revealed that a Christian therapist warned him against living life as a gay man.

Grand's gay-themed All-American Boy became an instant YouTube hit when it was released on July 2, topping out at 1 million views just 8 days after its release, turning Grand into an overnight Internet celebrity. His follow up single, Stay, has also been well received.

Related: In a cover story with gay glossy Instinct, the 23-year-old Grand discussed the therapy he received after coming out gay to his Christian family.

"This is such a touchy subject to talk about," Grand said. "I don't want to misrepresent what happened, but I also don't want to endorse anything or take away from others' experiences," said Grand. "I was not in conversion therapy. I was seeing a Christian therapist, who, among many beliefs, believed I would be happier if I didn't live life as a gay man. He did not shame me. He did not make me feel bad for what I felt. But he did believe I would be happier in life if I lived as a heterosexual, and that part is indeed harmful. If you're doing anything but affirming someone's sexuality, you're harming them. Especially a child."

Related: Steve Grand to perform at March On Springfield, Oct. 22