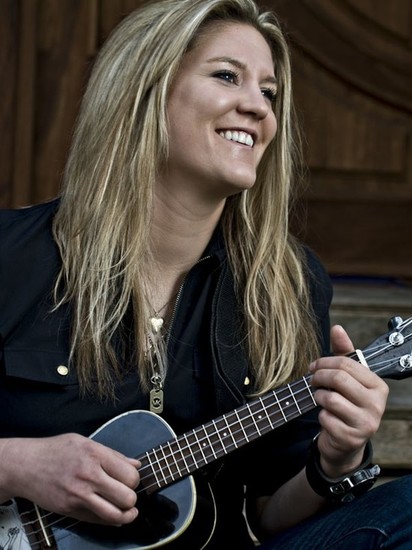 sami grisafe to perform at rock the march, oct. 22

Chicago, IL - Nationally prominent performers with Illinois roots will kick off the March on Springfield for Marriage Equality on Tuesday, Oct. 22 with a free one-hour concert live near the steps of the Illinois State Capitol. The diverse entertainment bill includes reality TV stars from "The Voice," "American Idol," and "America's Got Talent;" a national poetry slam winner; a world champion & MVP quarterback who is also a pre-Grammy nominee; and a 2013 Trans 100 honoree fighting violence against transgender people.

"Love transcends gender, sexual orientation and faith," said Tracy Baim, March Co-Chair, "and Shakespeare wrote 'If music be the food of love, play on!' We are marching to Springfield to tell the people's representatives that 'love is love,' and that our families deserve the same marriage benefits granted to other loving couples in Illinois. What better way to begin the March than by raising our voices in song and poetry?"

"Rock the March" will kick off with performances by members of LGBT Choral groups including: Chicago Gay Men's Chorus, Windy City Performing Arts, Artemis Singers and Amasong. Jammin for Justice EarthBeat Drummers will kick off the March. Headlining performers will be:

De'Borah – singer, song-writer and star of "The Voice"

The concert will begin at noon on October 22, 2013, at the March on Springfield stage in front of the Illinois State Capitol on 2nd Street. The marriage equality rally will immediately follow the concert, with a march around the State Capitol starting at 2:30 pm. There is no cost to attend and members of the public are welcome. For more information, visit www.marchonspringfield.org.

Sandra Antongiorgi is an accomplished world, Latin and neo-soul singer, songwriter and painter. Versed in English and Spanish, Sandra has proven herself to be a nimble lyricist who generously delivers unique and seductive performances. She has opened for Wynona Judd and her music is featured on the soundtrack to the movie, "Latin Dragon." Sandra's music is filled with traditional rhythms of Caribbean, Soul, Rumba and Gitano music to create her own expression of World, Latin, Neo-Soul sound.

C.C. Carter is an African-American author, community activist, teacher, and nationally prominent performance poet. Her first book of poetry, "Body Language," was a Lambda Literary Award nominee. She went on to win and host poetry slams coast to coast including the Gwendolyn Brooks Open Mic Competition. She's performed with Maya Angelou, Staceyann Chin, Alix Olson, among others, and is the founder of POW-WOW, a weekly spoken word venue. She's an inductee in the Chicago Gay and Lesbian Hall of Fame.

Chicago Heights native De'Borah burst into the national consciousness during season three of NBC's "The Voice" where she competed as part of Team Christian Aguilera. The outspoken daughter of two pastors grew up singing in church with 10 siblings. The musical style of this uniquely mature 25-year-old intertwines Rock, Alternative, Soul & Pop into her own unpredictable range. She's not lost any momentum since "The Voice," and released her first single – "Coming Out Looking Good" this past spring.

Steve Grand was born in Chicago and raised in Lemont, Illinois. For many years he struggled with his sexual orientation, turning to music for comfort and discovering his talent in voice, piano, guitar and flute. Last summer he released his first original song and music video, "All-American Boy," on YouTube. It was an overnight success with 1.5 million views in two weeks and resulted in TV appearances on CNN, GMA & local TV. His follow up song, "Stay," is climbing the YouTube charts.

Sami Grisafe is an all-star athlete and award winning singer-songwriter. In 2013, she earned the Chicago Music Award for Best Rock Entertainer and won national and world championship titles as quarterback for the Chicago Force and Team USA (earning MVP for both). Sami received international attention for her performance of "The Star-Spangled Banner" moments before taking the field at the World Championship. Her album, "Atlantis," received 6 Grammy pre-nominations and features Grammy Award winning collaborators.

KOKUM? — a Yoruban word that means "this one will not die" – is an African-American transgender woman and product of Chicago's South Side. She founded KOKUM?MEDIA, a company that uses film, music, and literature to create realistic depictions of transgender people of color. She is a 2013 Trans 100 Honoree for her innovative projects, including the one-transwoman show "The Faggot Who Could Fly." Her EP, "There Will Come a Day" debuted in February 2013 and her album, "I Shall Not Be Denied," will debut next spring.

Stephen Leonard is an out rock powerhouse known for his commanding vocals and captivating stage presence. His original music has garnered recognition for projects appearing on television, in film and online. He received the Windy City Times' 30 Under 30 Award in 2011 and founded the popular "Out Rock" television show on GayChicagoTV. His current video and single, "Wanting It All," has received national attention for proudly and beautifully displaying the sensuality between two men.

Marcus Terell is a show-stopping, one of a kind performer with over ten years of experience in live theater and television. Channeling the likes of great artists such as Elvis Presley, James Brown, and Little Richard, Marcus has been featured on American Idol (Seasons 3 & 4), America's Got Talent, & Making The Band 4. His most recent project is a Motown Revue titled "Back to Reality" about his personal and musical journey through the ups and downs of reality television.