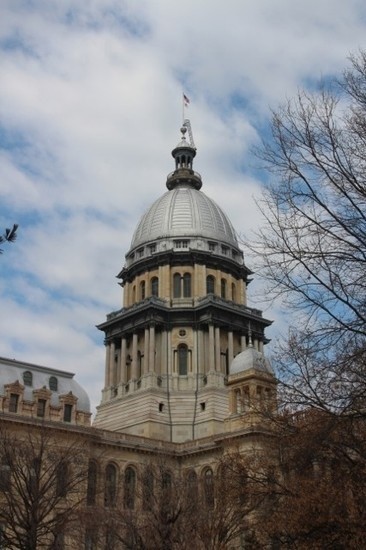 Springfield, IL - A vote on SB10, or the Religious Freedom and Marriage Act, is expected sometime today or tomorrow. If the vote does not take place by the end of the day Friday, the legislation will expire and supporters are essentially back to square one.

The bill's sponsor, Rep. Greg Harris (D-Chicago) has remained tight-lipped about when the vote will be, but said last week to expect it by the end of this week. Steve Brown, spokesman for House Majority Leader Michael Madigan, has said that the decision to call a vote rests with Harris.

Harris told supporters that the bill would not be called for a vote until a minimum of 60 votes were in place. Various members of Illinois Unites for Marriage, the coalition lobbying on the legislation's behalf, have said that the bill has the votes it needs.

Rep. LaShawn Ford (D-Chicago) said Tuesday he is adding his support to a bill that would make Illinois the 13th state to legalize same-sex marriage. Previously undecided, Ford said, "it is like the time has come" for gay marriage to be legal.

"When you think about the moral issue, this is about advancing opportunity, the opportunity for all people to pursue life, liberty and happiness. As Democrats we are about opportunity, about including people, not excluding," Ford told Oak Park Journal.

He is one of twenty members of the state House's Black Caucus, which has been heavily lobbied by a group of socially conservative African-American ministers led by the Rev. James Meeks. Residents in Ford's district were some of many inundated by robocalls urging them to contact their legislators and ask them to vote no.

Ford, who represents Oak Park and part of Chicago's West Side, said a portion of his support is out of respect for state Rep. Greg Harris, the bill's chief sponsor.

"He has always supported issues important to the neighborhoods I represent," said Ford.

The bill passed the Senate Feb. 14 and has the support of Democratic Gov. Pat Quinn, leaving a vote in the House as the final obstacle before becoming law.

Sources have confirmed to ChicagoPride.com that the bill is expected to be called this afternoon or early Friday.

Harris told ChicagoPride.com May 16, "When it goes up on the board, it will go up with the necessary number of votes."