Hot Town! Summer in the City: IML and the Grabbys take over Chicago Memorial Day Weekend 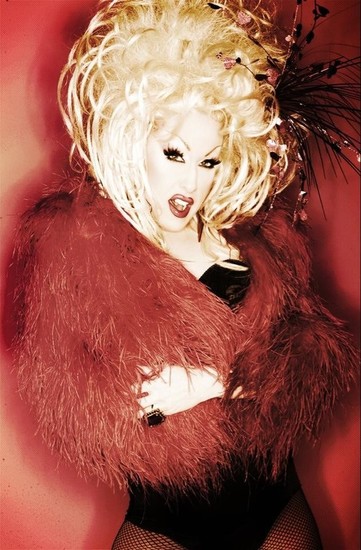 photo credit // facebook
Chicago, IL - While the cold and snow of upper Midwest winters often send transplants to the Windy City packing, true Chicagoans know that our city comes to life in the summertime. Festivals, street fairs, markets and more fill the city with a flurry activity and excitement, all kicking off over Memorial Day weekend.

This year marks the 35th annual International Mister Leather conference and competition, more commonly known by its acronym IML. Not limited to leather only, IML welcomes rubbermen, sports gear enthusiasts, pups and their handlers and a whole host of other fetish folk for a long weekend of conferences, competitions and parties celebrating a shared sexual deviance.

Men clad in little but jockstraps and leather harnesses will take over this year's host hotel, The Chicago Marriott Downtown/Magnificent Mile, which has already sold out all its rooms for the weekend. The hotel will play host to the infamous Leather Market, which last year featured more than 120 leather and fetish vendors, clubs and organizations and welcomed up to 6,000 curious visitors each day.

The market, which is open to the public, is a great place to get a glimpse into the world of IML and always a fun people-watching opportunity. You must be at least 21 years old to enter, with a suggested donation of $5 for a day pass or $10 for a weekend pass. All proceeds go to the Leather Archives and Museum.

The competition itself kicks off with the IML Opening Ceremonies on Friday, May 24, at 9 p.m. at the world-famous Vic Theater located at 3145 N Sheffield, just on the edge of Boystown. The Vic will also host Saturday's "Pecs and Personality" contest at 9, when Mr. International Leather hopefuls will strut their stuff to show off their physiques as well as their stage presence and public speaking abilities. The winner will be determined at the final competition, which takes place on Sunday at 6 p.m. at the Harris Theater, 205 E Randolph, on the northern border of Millenium Park.

Sunday's contest will also feature a performance by Beverly McLellan, who recently made the final four on NBC's "The Voice."

(View photos from the 2012 Victory Party)

(View photos from the 2012 Black and Blue Ball)

This year also marks the beginning of a judged component to the International Mr. Bootback competition. In addition to being judged by popular vote, contestants will be scrutinized for their bootblacking skills, personality and an interview with the newly formed judges panel, which includes last year's winner Nick Elliott. Other events taking place over the weekend include the People of Color Leather Caucus, cocktail receptions, book signings and late-night parties like Gear Blast 2013 on Friday night and Onyx Party on Saturday night. For a complete list of events and details, visit www.imrl.com/visitorguide/schedule.php.

"I think it's very exciting to have the new venue and the new format of the nine co-hosts to share the stage with the fabulous Honey West and I," LaRue told ChicagoPride.com, adding: "Grab ahold of your zippers and pull 'em down, because it's time for the Grabby Awards again, and I'm coming to town!"

The Grabbys are coming back to Boystown this year, with the awards themselves taking place Saturday at 8 p.m. at the Center on Halsted. Platinum level tickets have already sold out, but those eager to rub elbows with their favorite adult stars (and meet some new ones) can still purchase reserved seats on the main floor at the Gold or Silver levels for $60 or $50, respectively, or unreserved seats on the ground floor for $25. Group packages are also available. Tickets can be purchased at www.chicagonettech.com/orders/clients/grabbys/2013grabbytix.asp.

A whole host of pre and post parties surrounding the Grabbys pervade Boystown bars over the weekend. On Thursday, May 23, Hydrate hosts official Grabbys kickoff party, Skin Trade, featuring hostess Chi Chi LaRue and the sexy men of Fabscout. Friday's party at the Lucky Horse Shoe, 3169 N Halsted, is presented by CameraBoys.com and features cocktails with the nominees, hosted by Scotty B and featuring the men of Colt, Hot House and Jet Set Men. The event runs from 9 p.m. until midnight, with a $5 cover.

After the awards themselves, the Grabby crowd flocks to Charlie's, 3726 N Broadway, for Debauchery, the official Grabbys after party, featuring Chi Chi LaRue herself playing DJ as well as adult star gogo dancers all night. Tickets are available for $10 in advanced and can be purchased online, or for $15 at the door. If you managed to survive all that, The North End hosts the annual Naked Sword post Grabby recovery brunch on Sunday from 1 to 4 p.m., for a chance to eat, drink and recap the award show with your favorite adult stars, including two of this year's most popular nominees, Cockyboys Jake Bass and Max Ryder. Advance tickets are available at the North End for $10, or $15 at the door.

Several bars around town will also host parties related to IML over the weekend. Hydrate will be hosting two IML-themed parties, Confined on Friday night, featuring DJ circuit superstar Alyson Calagna, and Strapped on Saturday, featuring a battle of the DJs between San Diego's Shane Stiel and Chicago's Ted Eiel. Farther north bars Sofo Tap and Touche are both featuring Gear Fetish Night on Saturday, when Boystown club Spin is also hosting its Fetish night. Of course, the influx of kinksters and adult stars also means that Steamworks features various live shows throughout the weekend.