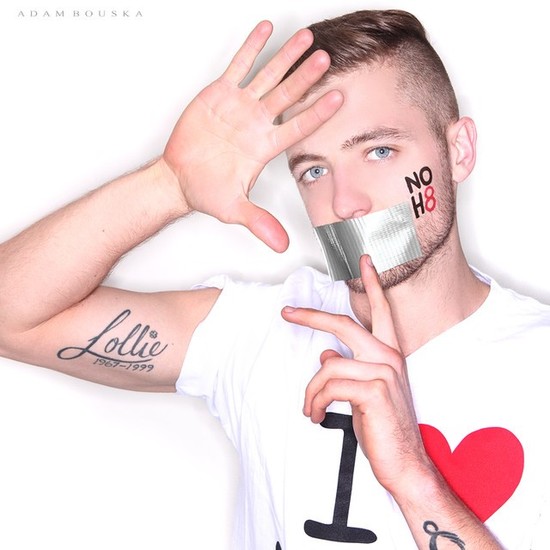 Rogers is the former U.S. Men's National Soccer Team member who last played for the UK's Leeds United team. He came out gay and announced his retirement from professional soccer in an online post in February.

"'Don't waste your life hating others for something you cannot change. Preach Love!' - Out soccer player @RobbieRogers," the NOH8 Campaign tweeted over the weekend.

In his photo, Rogers is wearing a white t-shirt. Rogers has previously said a "Lollie 1967-1999" tattoo visible in the photo is a reference to an aunt, who died over a decade ago.