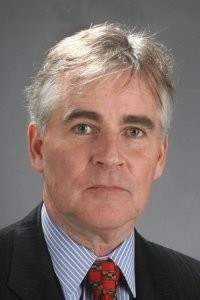 Despite several unsuccessful attempts to oust him as party chairman over his support for same-sex marriage, Brady said his resignation is for personal reasons. He told the Associated Press that his wife, Julie Brady, has been battling cancer for two years and that he wants to focus on her and their four children.

"In stepping down, I want to express thanks to my wife, Julie and our four children," Brady wrote in his resignation letter. He also thanked Sen. Mark Kirk (R-Illinois), House GOP Leader Tom Cross and Senate GOP Leader Christine Radogno.

Brady, elected chairman for the Illinois Republican Party in 2009, earlier this year upset members of his party when he encouraged Republicans in the Illinois General Assembly to support proposed same-sex marriage legislation.

"Under Pat Brady's leadership, the Republican Party has stayed focused on its core value: that government should respect people's private lives. And I am proud of his support of the freedom to marry," Equality Illinois CEO Bernard Cherkasov told ChicagoPride.com.

Conservative members of the state Republican Party, lead by anti-gay state Sen. Jim Oberweis (R-Sugar Grove), have tried since January to remove Brady as party chairman after he voiced his support for marriage equality.

"I hope that even after his departure, the party leaders continue that support for the freedom to marry - or else it's going to be irrelevant for the future generation of voters," said Cherkasov.

The Religious Freedom and Marriage Fairness Act passed the House Executive Committee in a narrow 6-5 vote Feb. 26, and the full state Senate Feb. 14. A full House vote is the final hurdle before the measure reaches Gov. Pat Quinn.

Supporters of the bill say a House vote could come this week as they are closing in on the 60 votes needed for approval.