Robbie Rogers mulling return to soccer in U.S. after coming out gay 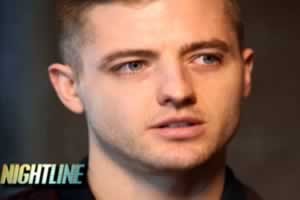 Robbie Rogers is considering a return to soccer after coming out, a move which would make him the U.S.'s first openly gay professional athlete.

The former U.S. Men's National Soccer Team member who last played for the UK's Leeds United team came out gay and announced his retirement from professional soccer in an online post in February.

Last month, Rogers, 25, told the UK's Guardian that fear kept him closeted throughout his career.

"In football it's obviously impossible to come out – because no one has done it. No one. It's crazy and sad," Rogers said.

"I was just fearful. I was very fearful how my teammates were going to react. Was it going to change them? Even though I'd still be the same person would it change the way they acted towards me – when we were in the dressing room or the bus?"

In an interview with ABC's Nightline, Rogers said he remained closeted so he could fit in with the "macho, macho man" world of soccer.

"Because it's sport. It's the stereotype that you're supposed to be this manly guy that is making tackles. It's beating up on other guys," Rogers said in the interview, which airs Monday night.

Rogers said that he has yet to decide whether he will return to the sport.

"Gay athletes are athletes," Rogers said. "If I go back to soccer, I want to go back as Robbie. I just want it to be as simple as that."

Editor's note: Rogers' rights were acquired by the Chicago Fire early this year in the event that he planned to return to the MLS.