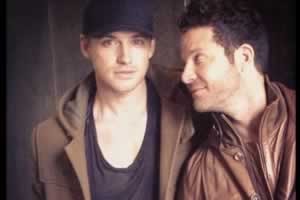 According to Us Weekly, the couple has been dating 8 ½ months and Berkus popped the question during a recent trip to Peru as part of a shopping trip with home furnishings and décor retailer One Kings Lane.

In December, the New York Post's Page Six spotted the pair getting cozy at Barney's in New York City.

"They were kissing at the sunglass rack in the men's section," an eyewitness said. Later that same day, Brent tweeted a picture of the pair ice skating.

The 41-year-old Berkus, who became the first openly gay man to host a nationally syndicated show the premiere of The Nate Berkus Show, has a new line of home products being sold exclusively at Target and a new book, The Things That Matter.